Conservative Publisher Launches Razors For Those Who Hate 'Woke' Advertisers 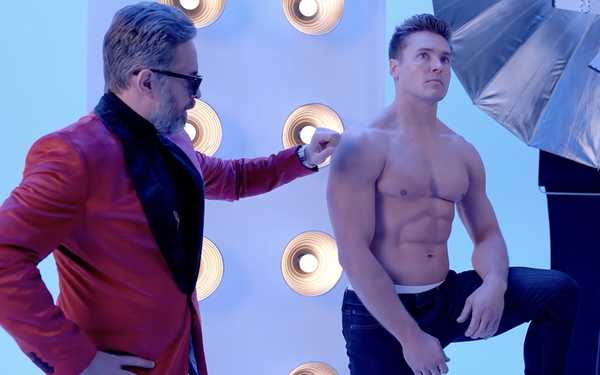 Conservative news site The Daily Wire is offering a cutting commentary against Harry’s Razors after Harry’s pulled its advertising.

Harry’s Razors was an advertiser with the site until 2021, when Harry’s terminated its advertising partnership with The Daily Wire’s “The Michael Knowles Show” podcast after a Twitter user complained that the show was spreading homophobic and transphobic content.

In response, Jeremy Boreing, co-founder (along with Ben Shapiro) of The Daily Wire, is now launching a razor brand of its own, Jeremy’s Razors.

The almost-four-minute video announcing the new razors features Boreing driving into a parking spot for the “god king” of The Daily Wire and then launching into a very Dollar Shave Club-like pitch for “Jeremy’s Razors.”

In the video, Boreing walks through what’s presumably The Daily Wire’s office and says “Do you remember when there were two genders and only one-and-a-half of them had to shave their mustaches?”

Boreing then goes on to explain that Harry’s is “a great product” and The Daily Wire was “happy” to advertise it, but “some peon who works for me” said that “boys are boys and girls are girls.”

Boreing then explains that Harry’s dropped its ads because of what it said was “values misalignment.” Boreing then criticizes Gillette, breaks out a flamethrower to destroy boxes labeled “Harry’s” and “Gillette,” and urges the viewer to buy his razors instead, “if you’ve had enough of the ‘woke’ bullshit."

How will using a Jeremy's razor make you look? “Not like me,” says Boering.  The product "could make you look more like this guy, though.” Boreing then touches a shirtless male model in what he calls “the most homoerotic moment you’ll ever get from a Jeremy’s Razor commercial.”

Boreing says the whole Jeremy’s Razors thing may be a joke, but “that doesn’t mean it isn’t real, or it won’t be the best shave of your life.”

The product does seem to be real. For $59.99 (with an expected ship date of June 13) you get a razor, green tea & menthol shave cream and Post Shave Balm, plus a delivery of eight razor cartridges.

“Harry’s seems to hate you,” Boreing notes toward the end of the video, presumably talking to his conservative base.  “And I -- I can’t say I love you, but I don’t mean you any specific harm.”