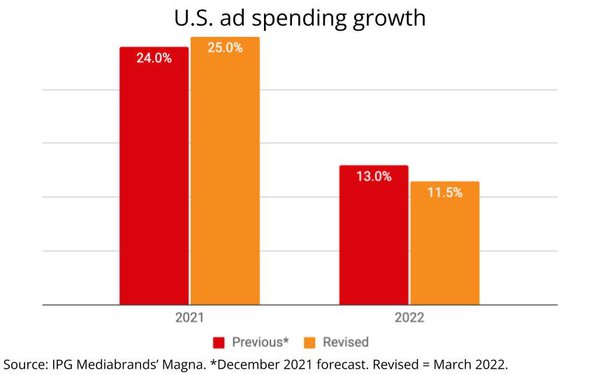 Citing the macro impact of Russia's invasion of Ukraine, IPG Mediabrands has revised its U.S. ad growth estimate down 1.5 percentage points from what it projected coming into the year just three months ago.

In December, Magna forecast the U.S. ad economy will expand 13% this year, but now projects it will be 11.5%. It also revised its final estimate for 2021 up to 25% from the 24% it originally projected at year's end.

Despite the potential for "macro-economic headwinds" such as U.S. consumer inflation, and additional supply chain issues, as well as overall economic uncertainty from the war, Létang noted Magna's new 11% growth estimate would still propelU.S. ad spending beyond "the $300 billion milestone for the first time" in 2022.

Magna's downward revision brings the Big 4 agency forecasting consensus down to 12.4% this year (see table below), according to a MediaPost compilation of the most recent estimates from Dentsu, GroupM, Zenith and Magna. 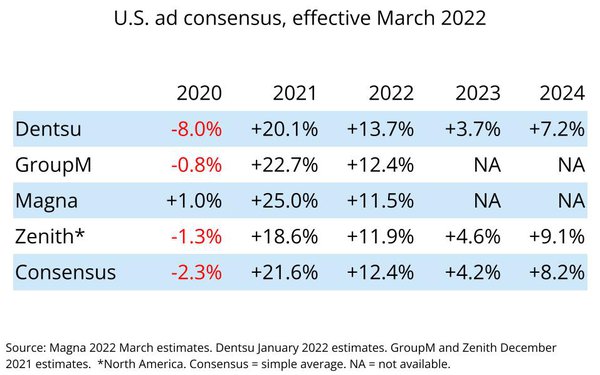 In terms of individual media, the national linear TV marketplace -- both broadcast and cable networks -- and "publishing" (newspapers and magazines) are both projected to decline 5% this year, the only major media other than direct mail to projected to erode. 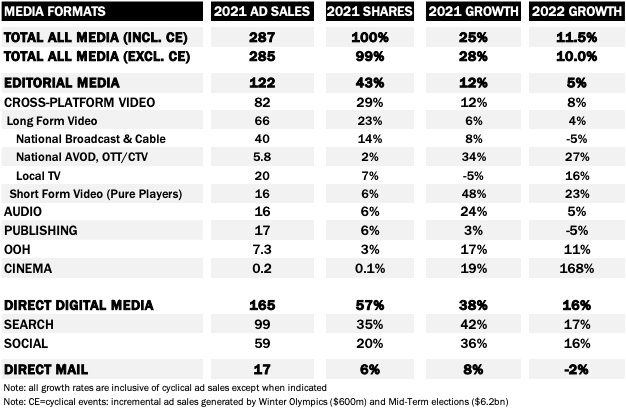