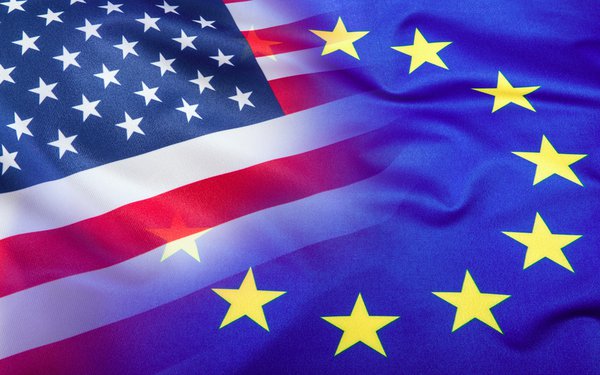 Officials in Europe and the U.S. have agreed in principle to a new privacy framework that could allow tech companies to transfer data from Europe to America.

Details of the new pact haven't yet been released.

Two prior trans-Atlantic privacy pacts were struck down by Europe's highest court, which ruled in 2015 and again in 2020 that the arrangements didn't adequately protect Europeans because the United States allows the government to monitor communications.

They said in a joint statement that the deal will offer “unprecedented protections for data privacy and security for our citizens,” and will “allow the European Commission to once again authorize transatlantic data flows.”

But this latest agreement could face similar legal challenges as the two prior ones.

Privacy activist Max Schrems -- who sued to invalidate the other two pacts -- suggested Friday that his organization, NOYB (which stands for “my privacy is none of your business”), is likely to also challenge the new agreement.

"It is regrettable that the EU and US have not used this situation to come to a 'no spy' agreement, with baseline guarantees among like-minded democracies,” Schrems stated. “Customers and businesses face more years of legal uncertainty."

“We see this as a good sign that the EU and the US are still in talks -- and that's a good thing,” Fraser tells MediaPost.

She adds that until the agreement itself is made available, it's impossible to assess whether the deal will resolve concerns over the United States surveillance laws that allow officials to monitor communications.

“There's nothing meaty for us to wrap our brains around here,” she says.