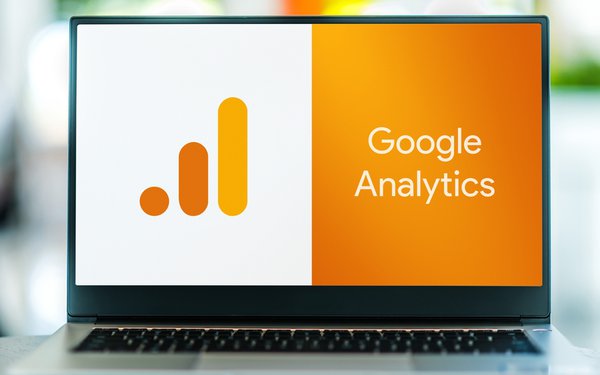 Change is not always easy, but typically companies like Google that manage the majority of advertising spend from brands and agencies have at least one good reason to shake the apple cart.

Google’s plan to phase out Universal Analytics (UA) in favor of Google Analytics 4 (GA4) has some marketers on edge. One reason is that it will not support internet protocol (IP) addresses to assist in ad targeting. Another reason is that it is not intuitive, according to one agency marketer.

“I have tested GA4 on a couple of clients, and it is the most unintuitive tracking platform I’ve seen in a long time,” said Jonathan Kagan, director of search at 9RoofTops. “It was really difficult to work with, and next year we will be forced into moving campaigns from Universal Analysts into GA4.”

Kagan acknowledges that he does not adapt well to change -- especially after using a platform for nearly 10 years -- but when changing from one to another, he said, he wants technology that can provide intuitive and logical functions.

Moving to GA4 will all of its privacy changes is a big step for marketers, according to Carrie Shaw, CMO at Copper, a CRM software platform. “It’s a significant amount of work, and it will impact all of our models and the way we measure data. It wouldn’t hurt how customers come to our website, interact with the website, but we will have less and less visibility into each individual. We will move to a world where we get more information from data models in aggregate.”

Copper on Thursday will begin running GA4 and Universal Analytics in parallel for one year, allowing the company to collect one year worth of data before Google sunsets Universal Analytics. Waiting will force companies to work with a version of GA4 that has no history in the data, making it difficult, she said.

Beginning on July 1, 2023, GA4 will stop processing new instances of data, while the newer Universal Analytics 360 properties will stop tracking them on October 1 of next year.

GA4 tracks events such as button clicks, video plays and more, while Universal Analytics is based on sessions.

GA4 does not rely on browser cookies or IP addresses. It uses machine-learning techniques to make predictions and give businesses visibility into the entire customer journeys across all website and apps.

An IP address is considered personal identifiable information (PII) under privacy regulations such as General Data Protection Regulation (GDPR) and California Consumer Privacy Act (CCPA), so the data is subject to the same rules as name and address.

One reason to use an IP address is to determine the identity of unknown visitors to a brand’s website or channels. Identifying a location is another.

Google built several modeled attributes into GA4 that marketers can use to identify location. For example, Andrew Stark, Merkle manager of marketing technology, writes in a blog that there are a variety of options that marketers can use, including the native BigQuery export function, as well as specific settings such as language preference and time zone to support modeled location attributes. BigQuery was a feature previously only available in the enterprise GA 360.

Stark also explains that an IP address has several issues, such as rotating IP addresses, making it unreliable, and that they are sometimes tied to entire households rather than individuals.

Other ways to support identity in GA4 includes Google signals, which allows users to leverage other Google applications, such as Gmail, to improve GA functions, or Remarketing with Google Analytics, advertising reporting features, demographics and interests reports, and a feature in beta called cross-device reports.

This is not the only change Google will make in the next year. Google Ads standard test ad format is being shuttered in July, which leaves Responsive Search Ads (RSA) as the only text ad format available in search campaigns, according to Tinuiti. Some advertisers dislike RSA for its higher clickthrough and lower conversions rates.  RSA ad format gives Google the power to determine the best combination of ad copy and headlines to use for a campaign.

There is also the migration from Performance Max, introduced in 2020, as a new way to buy Google ads across YouTube, Display, Search, Discover, Gmail, and Maps. It was deemed the next generation of Smart Shopping and Local campaigns, but both will upgrade to Performance Max this year, starting in April.