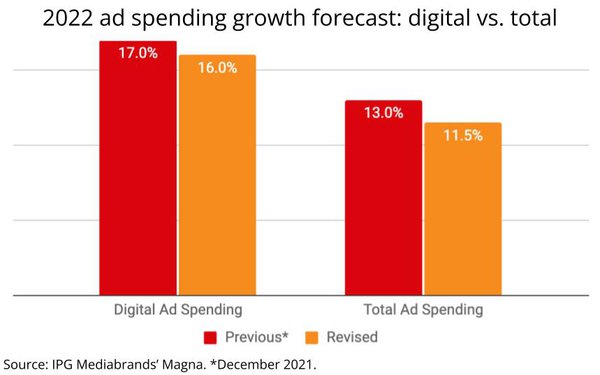 On the heels of IPG Mediabrands’ Magna’s downward revision for U.S. ad spending, the equity research team at Morgan Stanley has also reduced its price targets for some digital advertising-centric media suppliers.

Without citing specific companies, Magna revised its estimate for U.S. digital ad-spending growth down a percentage point to 16% in its updated forecast released on Monday from the 17% growth rate it was projecting in December.