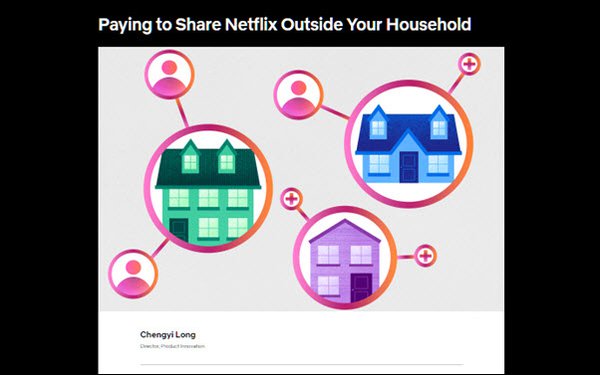 Netflix’s recent announcement that it plans to roll out charging subscribers fees for sharing their passwords with those outside of their households set off new speculation about exactly how many of those customers engage in this practice.

Their efforts to pin down an answer are producing widely varying results.

In January, a survey by S&P Global Market Intelligence’s Kagan research unit found 11% of Netflix subscribers sharing passwords outside their households. That was down slightly from the 12% and 13% rates found in 2020 and 2019, respectively.

Following Netflix’s declaration of the password crackdown, the Advertising Research Foundation (ARF) released a survey of 10,400 U.S. adults that found 49% of Netflix subscribers sharing passwords with those outside their households (36% with relatives and 13% with friends). That was the highest level among the major services, although Disney+ wasn’t far behind, at 45% (36% with relatives, 13% with friends).

Now there’s another survey, from Leichtman Research Group (LRG), with results closer to Netflix’s own statements about the extent of password sharing and a more detailed breakdown of sharing behaviors..

LRG finds that 64% of Netflix users fully pay for the service and do not share it with others outside the household.

Thirty-three percent of Netflix accounts are used in more than one household, including 15% used and paid for by those that also share them with someone outside the household; 15% used in one household but borrowed from another household that is paying for the service; and 3% used by multiple households that share costs.

The remaining 3% are not paid for because they come with another service.

The results are from a broader survey on internet pay-TV services conducted by LRG in February on a random sample of 4,400 U.S. adults (18+) weighted to reflect the geographic and demographic makeup of U.S. adults (margin of error of plus or minus 1.5%).

Nearly one quarter (23%) of virtual multichannel video programming distributor (vMVPD) pay-TV services like Hulu and YouTube are shared by multiple households, including 7% of all vMVPD services that are fully paid for by someone outside the household.

Looking at attrition rates, just 5% of all households report having had Netflix in the past year, but not having it currently. However, the same percentage was found for Amazon Prime Video and live pay-TV services. Hulu’s is only slightly higher, at 6%.

In terms of services usage, 83% of U.S. households currently have at least one streaming video service from 15 top direct-to-consumer and subscription video-on-demand (SVOD) services, including 67% of all households having Netflix, per the survey.