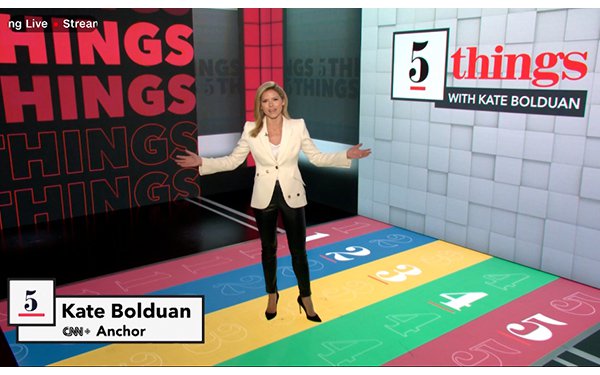 Not leaving any new digital marketing tool behind, the new CNN+ streaming service that just launched on Tuesday is diving into the NFT business with the creation of a digital token of the platform’s first moments in operation.

First up, CNN+ is offering, through its NFT initiative “Vault by CNN,” the initial 29 seconds of CNN+’s live programming from “5 Things with Kate Bolduan,” to honor another big moment in CNN’s history, according to the company.

The NFT of Bolduan's start of the network is available for purchase via the “Vault” marketplace starting on Wednesday.

Historical news moments already “minted” include footage of Ted Turner first launching CNN in 1980 and the live reporting of CNN reporters Bernard Shaw, John Holliman and Peter Arnett during the start of the Persian Gulf War.

A number of networks have started a NFT, to encourage stronger marketing engagement among their viewers.

Then in October 2021, Fox added a multi-year deal with WWE to create digital WWE tokens and collectibles for consumers to purchase and trade.