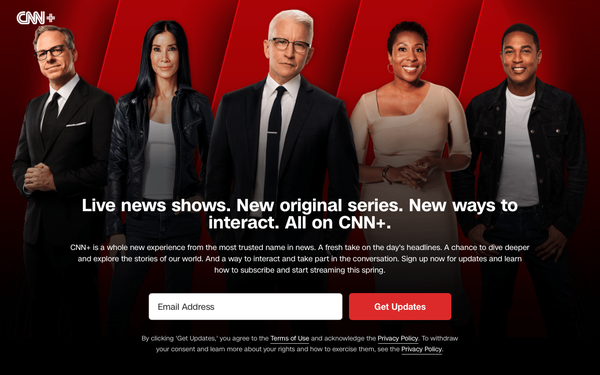 Like WarnerMedia’s HBO Max before it, its new CNN+ streaming service debuted without app support on Roku, the largest streaming platform.

For the moment, at least, CNN+ is also unavailable on Android TV and Google TV devices, the Samsung and LG OS TV platforms, and the Sony PlayStation and Microsoft Xbox game consoles.

The service, which launched on Tuesday, is currently available on desktop and through the CNN mobile app on Apple TV, Amazon Fire TV, and iOS and Android phones and tablets.

Later this year, CNN+ will also be available on the Xfinity X1, Flex and XClass TV platforms, through WarnerMedia’s multi-platform distribution agreement with Comcast.

CNN has said that it is working on resolving the distribution limitations.

With dominant share of U.S. connected TV (CTV) households and 60 million active accounts worldwide, Roku has not been hesitant to use its clout to negotiate hard for favorable terms with app publishers.