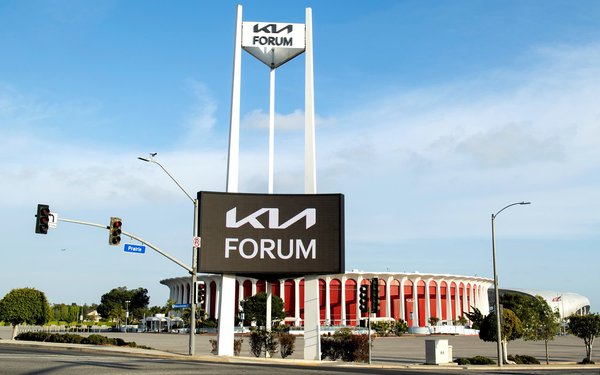 Kia America has bought the naming rights to the Forum, an entertainment venue in Inglewood, California.

The building will now be known as the Kia Forum, and marks the first U.S. naming rights deal for the automaker.

The partnership will include outdoor and indoor signage, the installation of EV charging stations and Kia vehicle displays beginning with the Kia EV6, the automaker’s new electric vehicle. Also coming soon is the establishment of the Kia Club, an exclusive hospitality lounge.

The 17,800-seat venue, a Southern California destination for 55 years, attracts a wide variety of events, including music performances, award shows, mixed martial arts and boxing. It was the second-highest grossing arena in the U.S. for touring events and festivals in 2019, according to Billboard, trailing only Madison Square Garden.

The announcements comes on the heels of positive sales results from the automaker.