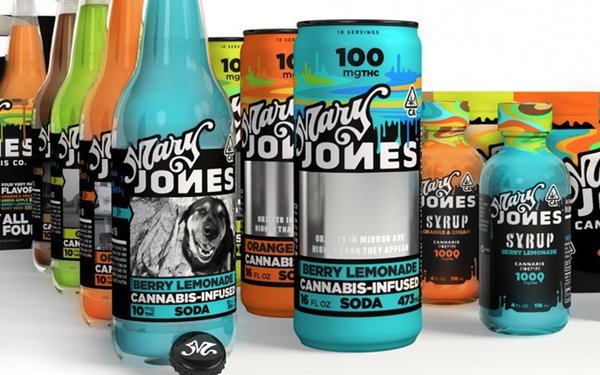 Federal decriminalization and/or legalization of cannabis in 2024 seems like a distinct possibility.

Can it happen any sooner? What about all the Congressional “activity” that’s been going on?

While some people might have been distracted by phony advertising campaigns on April Fool’s Day, the U.S. House of Representatives was busy passing the Marijuana Opportunity Reinvestment and Expungement Act.

As detailed in a 483-page report from New York Congressman Jerry Nadler, the MORE Act was intended to “decriminalize and de-schedule cannabis, [and] provide for reinvestment in certain persons adversely impacted by the War on Drugs” and the expungement of “certain cannabis offenses.”

Given Republican opposition, there is little chance the Senate will consider MORE in its current form.

Then there is Senate Majority Leader Chuck Schumer’s impending legalization effort which, with an expected lack of Republican support, “will be dead on arrival” in the Senate, Cowen analyst Jaret Seiberg wrote on April 1.

In an interview with Cowen analyst Vivien Azer at the recent SXSW confab, Culver opined that 2023 “could be the year that President Biden decides that he’s going to engage on this and set himself up to use this for his own political gain for 2024.

“Because using this as a midterm election—that doesn’t help him get reelected. But using it going into 2024 will, whether he likes it or not.”

In the meantime, the biggest U.S. marketers—particularly publicly held corporations—continue to steer clear of cannabis, given its illegality at the federal level.

That’s also largely the case with CBD, which, per the U.S. Food and Drug Administration, cannot be legally added to food or beverages.

Earlier this year, PepsiCo Inc. tiptoed into the hemp space with the introduction of Rockstar Unplugged—an energy drink infused with hemp oil seeds—and in the process irked the U.S. Navy.

As reported this week by Marijuana Moment, the Naval War College has issued an advisory noting that consuming Rockstar “will cause you and your Sailors to pop-positive on drug tests.”

While Rockstar Unplugged labeling clearly states that hemp seed oil does not “naturally contain THC,” it’s unclear whether the beverage contains CBD. CPG FYI reached out to PepsiCo for clarification but the company did not respond.

One notable exception to public companies steering clear of cannabis is Seattle-based Jones Soda Co., which last month launched cannabis-infused beverages and edibles under the brand name Mary Jones, to be sold in states where cannabis is legal.

In a Securities and Exchange Commission filing, Jones Soda devoted nearly 2,000 words to delineate the potential risks it faces in selling a substance that dozens of states have legalized but the federal government still considers to be on par with heroin.

Beginning in California with 16 SKUs including soda, syrup and gummies, Jones Soda plans to expand its cannabis offerings to other edibles and pre-rolled joints.

One aspect of the initiative’s logistical hurdles is that Jones Soda cannot manufacture cannabis products in one state and ship them to another.

“You need to have a separate manufacturing facility in each state you plan to do business in,” the company’s president and CEO Mark Murray said in an earnings call last month.

This is but one of many reasons why some people fear that small companies will be eclipsed by those with more abundant financial resources once the federal government gets its legalization act together.

In January, Shaleen Title, a drug policy activist at The Ohio State University, published a lengthy treatise on the subject.

“Federal legalization will only accelerate the power grab already happening for control over the multibillion-dollar industry. Big tobacco and alcohol companies are making significant investments into cannabis—and even larger conglomerates are openly expressing their interest in the industry.”