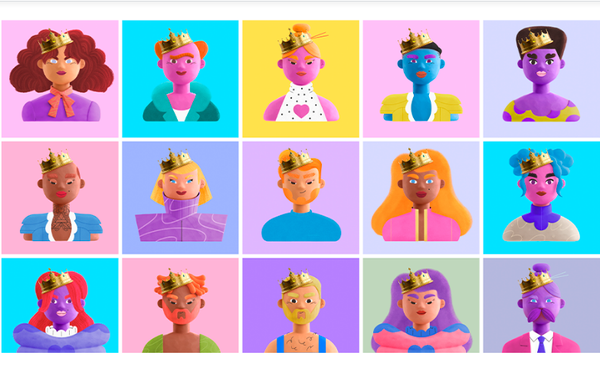 Forbes, famous for its “Richest People In The World” list, is now offering anyone the chance to become a billionaire –– a virtual billionaire, that is.

The NFT collection and Ethereum-based token –– developed in partnership with cryptocurrency exchange FTX –– will officially launch on April 13, but early access is available to Forbes subscribers today.

Along with specific financial assets, Forbes Virtual NFT Billionaires come with distinct hobbies and accessories featured on their own personal Forbes.com profile page.

“The launch of this collection is an important step as Forbes embraces Web3 and digital assets, and it provides an opportunity for our audience to better engage in this space too,” says Vadim Supitskiy, Forbes’ Chief Technology Officer.

Barcelona-based illustrators Goodog and ItsACat have created custom 3D headshots for each NFT, but user-interaction is just as important as collecting virtual art.

After purchasing one of these NFTs, owners will have their public crypto wallet address featured alongside their virtual billionaire –– all of whom will be ranked on Forbes’ designated Virtual NFT Billionaires List.

While developing the collection, Supitskiy says, Forbes wanted to ensure it was building an experience that would engage its users in Web2 as well as Web3.

Hence the website’s Billionaire List and incorporated ranking system, which regularly fluctuates depending on the values of Billionaires’ imaginary portfolios tied to collections of publicly held assets on the New York Stock Exchange.

“We wanted to make it fun and interactive and tie it back to our lists, so that people can feel that there's something happening, that it's not a static collection,” adds Supitskiy. “Users can see [their NFT Billionaires] actually move and change rankings every day.”

This isn’t Forbes’ first foray into crypto or Web3. Last year, Forbes took a page from Time’s book by selling one of its magazine covers – –a photo of Cameron and Tyler Winklevoss –– as an NFT for $333,333. All proceeds were donated to the Committee to Protect Journalists (CPJ) and the International Women’s Media Foundation (IWMF).

Forbes continued its participation in the space last month through its inaugural Web3 summit, which gathered industry leaders such as Sam Bankman-Fried, founder and CEO of FTX, and Tezos blockchain co-founder, Kathleen Breitman, to discuss current and future trends.

“In the future we’ll continue to experiment and tie in other parts of the metaverse,” says Supitskiy, who believes companies in the publishing industry failing to adopt Web3 strategies will likely fall behind.

For magazines and publishers planning to utilize NFTs and cryptocurrencies, Supitskiy has a piece of advice: Stay true to your brand while experimenting in the space – –“The more you experiment, the more you’re going to learn; it will prepare you for the future.”