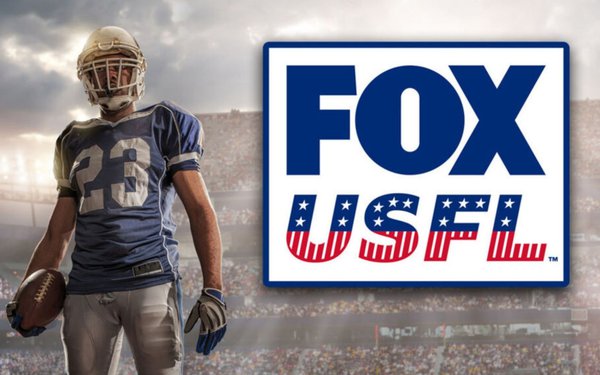 This is the third time in four years that a spring professional football league has attempted to be launched.

Automobile, theatrical movie, and pharmaceutical marketers bought sizable schedules on Fox/NBC for the game between the New Jersey Generals versus the Birmingham Stallions, which aired from 8-10 p.m.

For a Saturday sports event, the USFL viewership was competitive with the first game of a first-round NBA Playoffs contest featuring the Denver Nuggets and Golden State Warriors on ABC, which pulled in a 2.9 million viewers.

Other teams include the Houston Gamblers, the New Orleans Breakers, the Tampa Bay Bandits, the Michigan Panthers, the Philadelphia Stars and the Pittsburgh Maulers.

Upcoming USFL games will air on Fox or NBC. Some games will stream exclusively on Peacock. Games can also be seen on fuboTV.

The first incarnation of the original USFL played a spring schedule that lasted three seasons from 1983 to 1985.

Another spring league -- the XF L -- also had two attempts. The first time it ran for a complete season was in 2001. The second time was in 2020, where after five weeks it was suspended due to Covid-19 pandemic. The XFL is planning another return in February 2023.

In addition, another short-lived pro football organization -- The Spring League -- had four teams, playing two games each in 2019. The league partnered with the XFL to test new rules as well as hold mini-camp style tryouts.