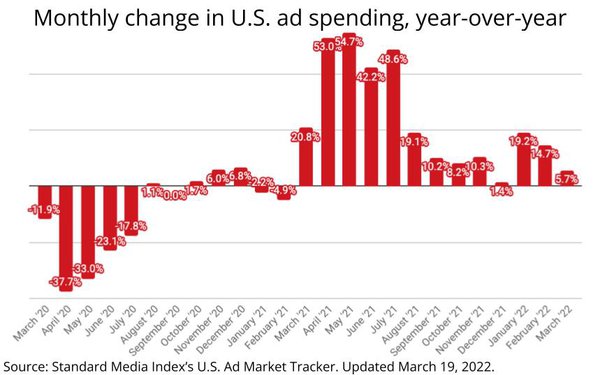 U.S. ad spending expanded for the 13th consecutive month in March, rising 5.7% over the same month a year ago.

It was also the first month to show an increase over a year-ago month that also had gains.

March 2021 rose 28.4% over March 2020, which was the first month of that year's pandemic-triggered advertising recession.

Smaller ad categories continue to lead the recent U.S. ad expansion, as the top 10 ad categories declined 7.7% vs. March 2021, according to a MediaPost analysis of data from Standard Media Index's U.S. Ad Market Tracker. All other ad categories expanded 13.7% over March 2021. 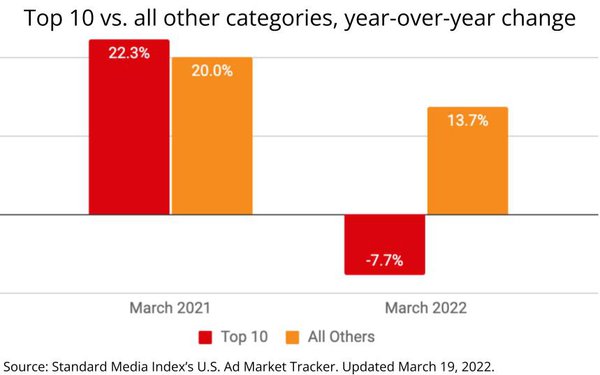 A more granular category analysis compiled by SMI's analysts reveals the biggest laggards in March were consumer packaged goods -6%) and automotive (-14%), both of which are product categories that have been constrained by recent supply-chain issues, and ad spending cuts likely reflect that.