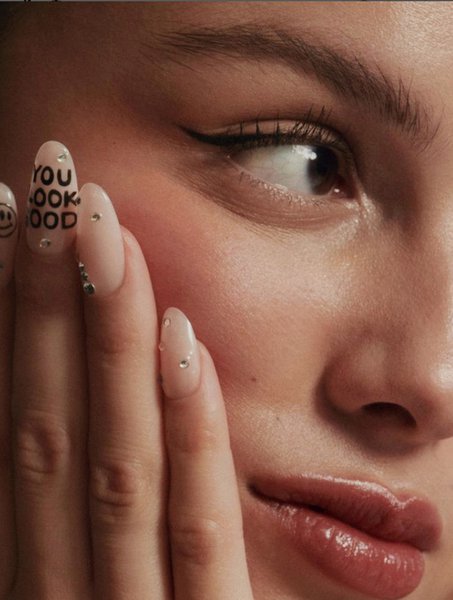 Rodrigo, the 19-year-old Grammy magnet, is appearing in an ad campaign that expounds on the three-word premise Glossier has relied on since its 2014 launch: “You look good.”

Since launching, the company has played with its “You Look Good” tagline relentlessly, slapping it on everything from pocket mirrors to product enclosures.

Rodrigo is also all over social media, touting her favorite products and the brand’s relaxed come-as-you-are beauty ethos.

With some 25 million Instagram followers, the star is known for her fresh-faced style. Glossier is already having fun with product references. A recent post, for instance, suggests people rinse Milky Jelly Cleanser off with water, “or listen to enough for you by Olivia Rodrigo and rinse with tears.”

The new partnership arrives while the company is looking for a reset.

Glossier launched in 2014, based on founder Emily Weiss’ influential “Into the Gloss” blog, which started in 2010. Since then, she’s spun the brand into one of the biggest D2C brands, achieving unicorn status in 2019.

While it shuttered its few stores during the pandemic, Glossier is headed back to in-real-life retail, with stores in Los Angeles, London and Seattle. It opened another in Miami last month, and is slated to open this summer in Washington D.C.’s Georgetown.

In January, Glossier laid off some 80 people, with Weiss acknowledging that the company had become  “distracted” from its core beauty business.

Glossier continues to be a Top 10 beauty brand among U.S. teens, according to Piper Sandler’s ongoing “Taking Stock With Teens” research. But it slipped a notch in the most recent ranking, falling from No. 6 to No. 7 as girls’ favorite beauty shopping destination.