Do Good Chicken Markets Painless Way to Help Save The Planet 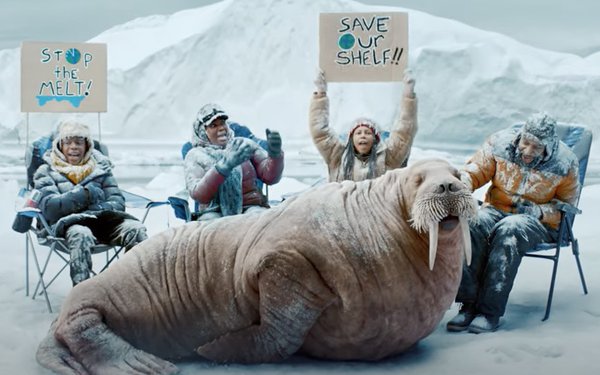 Do Good Foods wants people to know they can reduce food waste while helping to save the planet -- just by eating chicken.

That is, chicken fed with upcycled grocery store food waste.

The 2021 startup takes produce and meat that grocery stores can’t sell or donate to food banks and turns them into nutrient-dense feed instead of carbon-generating landfill fodder.

Titled “Good For Plate & Planet,” the first advertising campaign for Do Good Chicken takes a lighthearted approach to the complex issues of food waste and carbon emissions.

In this spot from the Fortnight Collective agency, a busy mom helps two kids prep for school as a narrator asks what she can do to help save the planet.

With a quizzical look she responds, “Save our planet?”

While she checks the boxes for composting and recycling, when the narrator suggests she and the kids commute by bicycle, their frustrated faces say it all.

The final question—“Do you eat chicken?”—elicits a resounding “Yes” from everyone.

In a second campaign spot, four people on an ice shelf accompanied by a walrus are told “There’s an easier way to help save our planet!”

Then they’re all transported to a grocery store.

The concept of tackling food waste and climate change from one’s kitchen requires a light touch, according to Fortnight Collective agency founder and CEO Andy Nathan.

“I think one of the issues too often with purpose-built brands is that they tend to finger wag or lecture consumers around their larger mission,” Nathan tells Marketing Daily. “A lot of times, the marketing tends to be either patronizing or downright overwhelming in an already chaotic life that we all live.”

By talking to consumers, the brand learned that “we can make big changes by doing something small. In this case, quite simply, you can make a difference by just eating dinner.”

The campaign is the beginning of a brand awareness and education effort that relies on Do Good Chicken’s packaging and website to communicaten o issues from climate change to food waste to the benefits of cage- and antibiotic-free chicken.

“This is the first time we’re developing a product that fights food waste and combats climate change in the protein industry,” says Do Good Foods CMO Sheridan Budin.

“If consumers turn over the package, they will see the first verified carbon equation—where it shows that four pounds of surplus grocery store food helps save three pounds of greenhouse gases.”