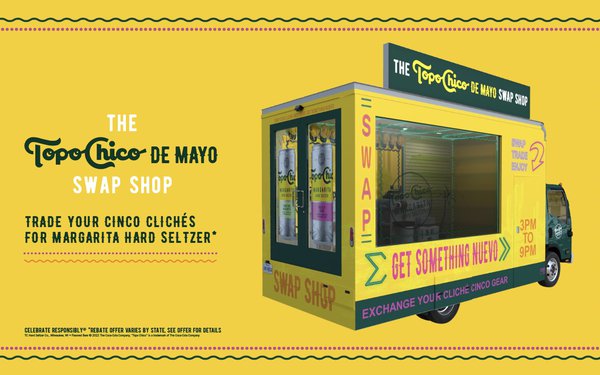 Time to celebrate Cinco de Mayo, which commemorates the anniversary of a Mexican victory over France in 1862.

In the Big Apple, the Mexican-flavored celebration starts today, May 2, with the arrival of a Cantina Truck featuring Seltzerita, a new margarita-flavored hard seltzer from Constellation Brands’ Corona. There's also the launch of Cardenxe, an entry in the growing sotol market.

Unlike tequila or mezcal, which are both distilled from agave, sotol comes from another Mexican plant, dasylirion.

Cardenxe is available today at some stores in New York as well as online nationally.

The new brand is named for canto cardenche, a Mexican music genre that is itself named after a cactus that grows around sotol plants called cardenche.

"Our mission is to elevate two very unique Mexican traditions that risk disappearing -- that of sotol and of canto cardenche,” saidthe brand’sco-founder Luigi Ambrosi.

Seltzerita is available today in various New York City locations via the truck that  features food and drink pairings from Chef Rick Martinez. Corona’s Cinco de Mayo celebration also includes a national Twitter sweepstakes on May 5, with the winner receiving a visit from the truck accompanied by a mariachi band and more.

Topo Chico Hard Seltzer has also launched a national ad campaign featuring a :15 spot in which three people walk into a bar. The first two order margaritas adorned with, well tchotchkes…like umbrellas. The third orders Topo Chico Margarita Hard Seltzer while the others stare enviously and the line “The margarita is nueva again” appears on screen.

Margaritas are also spotlighted in “Queso and Cocktails," a Cinco de Mayo tie-in between Mexican food brand Cacique and Mexican-American mixologist Erick Castro. These “fiesta in a box” kits are available through May 25 from CocktailCourier.com for $169.99.

Of course, you can’t have a traditional margarita without tequila as the main ingredient. So you wouldn’t expect tequila brands to be quiet this week.

On May 5, William Grant & Sons’ Milagro Tequila will alleviate the pressure of waiting for income tax refunds by granting $10“Marga-Refunds” via its own IRS (the “Internal Reposado Service”)  to people who submit photos of receipts from Milagro purchases.

Patrón Tequila, meanwhile, has teamed for the second straight year with streetwear designer John Geiger, whose limited-edition D2C Patrón Tequila sneakers will go on sale at 5 pm ET, 5/5, for $250 a pair. Featuring green and white colors, they’re said to be inspired by Patrón's agave fields in Jalisco, Mexico. 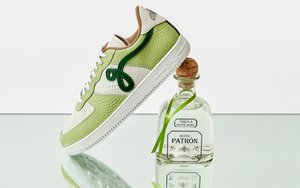 But what if you want tequila but insist on buying American-made products only?

Or how about a guactail?

Avocados From Mexico says that Cinco de Mayo is the second biggest event in the U.S. for both avocados and guacamoleconsumption (the Super Bowl is #1).