A Tale Of Two Engines: Test Driving The 2023 Kia Sportage 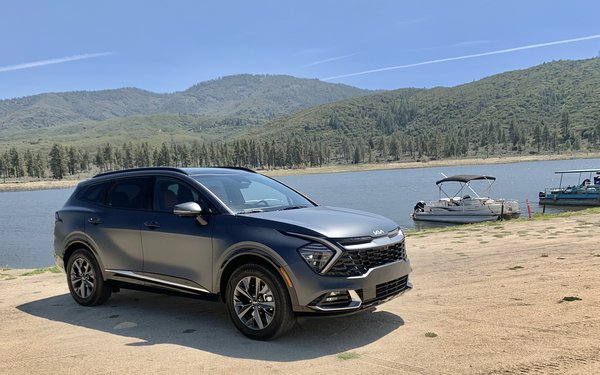 If you think engine choice doesn’t make a difference within the same nameplate, think again.

I recently drove two versions of the new Kia Sportage and noted a profound difference.

The 2023 Sportage Hybrid SX Prestige AWD (which an MSRP of $38,155) has considerable pep. The powertrain, Sportage’s first turbocharged hybrid, results in a zippy 227 horsepower.

The 2023 Sportage X-Pro Prestige AWD, which runs $460 more than the hybrid, features a 187-hp internal combustion engine. The vehicle is ridiculously capable off-road, but felt a bit sluggish when I put the pedal to the metal.

I have a need for speed (especially in Detroit, where other drivers are notoriously aggressive) so I’d personally sacrifice being able to play in the dirt for the ability to merge confidently onto the freeway. But others might prefer the off-road capability.

It’s a good lesson, showing how two vehicles can look similar but behave differently on the road thanks to what’s under the hood. There is no right or wrong answer, it’s simply a case of different strokes for different folks.

A few other comparisons: the AWD hybrid gets much better mileage (38 city/38 highway/38 combined) compared to the AWD ICE (23 city/28 highway/25 combined.) The hybrid has more than 500 miles of range. Both versions provide up to 2,000 pounds of towing capability.

Sportage is Kia’s longest-running nameplate and a repeated best seller over the past two-plus decades, with almost two million vehicles sold. It has helped Kia earn a reputation for adventure-ready capabilities.

Marketing, which launched in April,  shows how the trail-ready trims are ready for “rugged adventure” while upcoming spots for the hybrid will feature more of an “urban adventure perspective,” says Russell Wager, Kia America vice president of marketing.

“We’ve got multiple phases throughout out the year, starting with focus on the X-Pro,” Wager says. “And then we’ll start talking to people about the hybrid, and then we’ll tell both sets of stories as we get to the second half of the year.”

To differentiate itself from the competition, namely the Toyota RAV4, Honda CR-V, Nissan Rogue and Hyundai Tucson, Kia is showing how the capabilities can be used in a very earth-friendly way.

Continuing the “strategy” of featuring an attractive male driver and adorable animal first introduced with in the “Robo Dog” Super Bowl spot for the EV6, the first Sportage spot, “Beachcomber,” features a driver using his Sportage to help save sea turtles.

“Kia has a strong commitment to sustainability and environmental efforts,” Wager tells DriveTime. “With this focus in mind, we came up with the natural tie-in of the new Sportage commercial to the Texas nonprofit Sea Turtle Inc. They help rescue injured turtles and protect nesting turtles on South Padre Island.”

Shot in St. Augustine, Florida, the spot from AOR David+Goliath features live sea turtles along with CGI versions. The footage of the live sea turtles was “studied extensively” to inform the CGI, Wager adds.

Sea Turtle Inc. embodies “the spirit of the Sportage commercial every day in their efforts and were a perfect partner for our corporate social responsibility program, 'Accelerate the Good,'” Wager says. “We made a significant donation to them so they could continue their important work to save turtles in their community.”

At this time, Kia doesn’t plans to offer the X-Line, X-Pro and X-Pro Prestige trim levels in a hybrid version, but says it will “continue to monitor the market.”

Hopefully the company will consider it. Why shouldn't drivers have the best of both worlds? 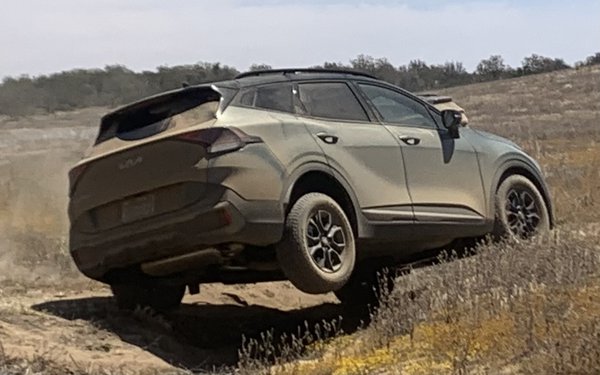