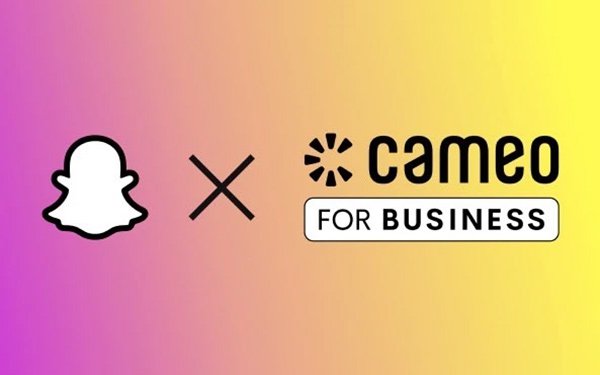 Celebrity endorsements may now become much more attainable on Snapchat.

In its NewFronts presentation on Tuesday, Snap announced that it will form a partnership this week with celebrity video creation platform Cameo. The Snap x Cameo Advertiser Program will allow Snap advertisers to pay Cameo members to create short video ads on Snapchat.

With Cameo’s 45,000 global personalities -- which include actors, professional and college athletes, musicians, reality stars, influencers, and more -- marketers will have expanded access to a new and influential pool of Snapchat creators.

In a beta launch with Mattress Firm’s new campaign “Junk Sleep,” Snap reports that by leveraging 10 Cameo talent members, the campaign drove an 8-point lift in ad awareness, which is 2 times the usual rate for the category. The Snap Ads portion of the campaign also had a video view rate that was  3 times the retail category average.

Snap also announced that it will be launching a new “Snap Promote” ad format, which will invite content partners to sponsor shows, or advertise within the Discover news feed directly.

The ad product is already integrated with Snap’s Ads Manager and was recently tested with the NFL, which led to 7 times more Snapchat users subscribing to the NFL profile on Stories than average.

Advertising partners will be able to promote their Discover shows as well –– streamable series otherwise known as Snap Originals -- in the For You feed on Snap’s Stories page.

Snap reports that shows and publisher content on Discover increased 25% year-over-year in Q1 2022, and that 80% of the U.S.'s  Gen-Z population watched a Snap Original in 2021.