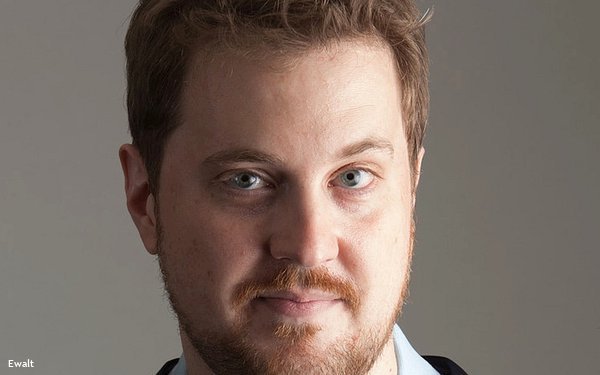 It’s a funny thing about the longevity of digital media brands. You can trace plenty of print media brands back a hundred years or even much more. But in the digital realm, the time horizon is much shorter.

The internet was invented in the post-World War II years for government use. Hyperlink technology was created in 1989. The browser came along in 1994. Social media emerged in a major way in the early 2000s — 15 years ago.

What’s more, in the first years of online media, it always took a back seat to print. It was the ancillary channel where print brands dumped their latest print content and put lesser journalists out to pasture. Digital brands were subordinate to print.

Now none of this is true. Digital-media brands have frequently supplanted print rivals for market dominance.

But the point is, when you think of a digital brand that’s 20 years old, that’s an accomplishment. The technology, science and science fiction and gadget website Gizmodo reaches that milestone this year. It was part of the original Gawker Media and survived that company’s disintegration in the wake of a sex tape lawsuit by Hulk Hogan. Gizmodo is now part of G/O Media, the New York City-based company that formed in April 2019 when the private-equity firm Great Hill Partners acquired several of the Gawker Media brands.

To mark the occasion and catch up on what Gizmodo is up to, we spent some time with Gizmodo Editor in Chief David Ewalt for his take on the significance of the anniversary and other observations. The interview took place just after G/O Media announced that it had acquired the business website Quartz.

Publishers Daily: Hi, David, good to spend time with you. So, G/O Media just acquired Quartz. What are your initial thoughts?

David Ewalt: I’m excited for two reasons. One, our company is growing, but also because I come to Gizmodo as a longtime business journalist. [Ewalt has worked at Forbes, Reuters and the Wall Street Journal]. I think there’s going to some cool synergy between Gizmodo and Quartz. We do business coverage in different ways. We can collaborate and help each other grow.

P.D.: Gizmodo’s anniversary is in July. Twenty years is a long time for a digital brand.

Ewalt: It’s forever in digital media. One of the reasons I came to Gizmodo in the first place [September 2021] was, there are so few good technology sites on the web. Gizmodo was the kind of place I wanted to be, as a tech journalist. It produces scoops and writes great stories. It has a unique perspective and a voice that came from its roots in blogging.

Gizmodo started even before Nick Denton conceived of Gawker. The founders were really innovative in their approach to journalism and how they saw the world. It helped define what tech journalism is on the internet — and in general.

P.D.: Give us some details on your plans for the brand’s anniversary.

Ewalt: We know we’re doing a couple of things. Gizmodo has overseen two decades of immense change in the tech world. So we’re looking back on decisions and predictions made in 2002. Are we living in a tech dystopia now, or the utopia that people envisioned in 2002? We’ll also ask luminaries to look forward and tell us what they think tech will look like in the future.

P.D.: What’s Gizmodo’s role in the evolution of tech in that same period?

Ewalt: Its approach was very much formed during the blog years. With the evolution of online journalism, we’ve changed from that approach. Now we consider ourselves a professional newsroom. We break news.

Gizmodo has matured over the last 20 years. The scope of things we cover and the site itself is different. When Gizmodo launched, it was two reporters focused on gadgets. Over time we extended that coverage to include the io9 tech-and-entertainment blog. We also launched Earther, our climate coverage. It’s such an important issue — one that we think is possibly the most Important story of the 21st century.

Ewalt: A lot of them represent an expansion. Some have been a reshuffle. Most of the new hires are to enable us to build out a breaking-news team. We added beat reporters, and focused on news. Our experts take more time to bring context and build more nuanced stories. As of right now, I have 32 people, and still have a couple of slots open. The breaking news team is six people. It’s a whole new wing of the newsroom.

P.D.: How is the Gizmodo business performing?

Ewalt: Our CEO has talked some about the profitability of the company. It was profitable in 2021. The company is growing and making money. G/O media ad revenue was up 53% in 2021 from 2020. I’m really excited we're seeing the reflection of that growth in our own numbers. Site traffic in Q1 is up by 10%.

P.D.: In January, you announced a rankings initiative called “Degrees of the Future.” Tell us about that.

Ewalt: One of the repeating things I’ve done in my career as a data journalist is rankings. I launched college rankings for Forbes. When I was at the Journal, I did their college rankings. I thought about what approach there was for Gizmodo to do that. It didn’t make sense for us to try to do a comprehensive look like those other lists. So we made a list of all the different fields of study that will be most important in the 21st century. We’re looking at future-forward degree programs. So “Degrees of the Future” will be for people who want to do something specific in the future. We will list the schools and disciplines that will get them started on that path.