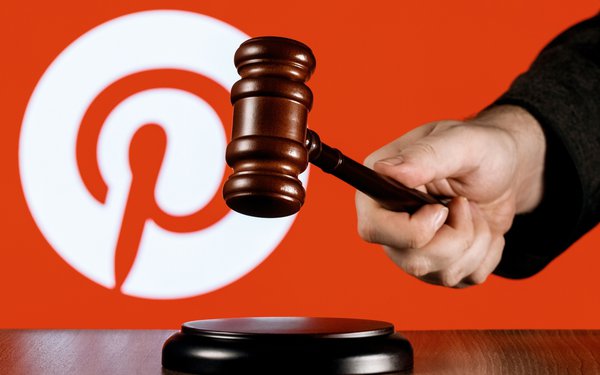 Siding with Pinterest, a federal judge has dismissed a lawsuit brought by a photographer who alleged that the company wrongly displayed ads next to dozens of his photos.

The safe harbor generally immunizes web companies from liability for copyright infringement by users, provided the companies take down the material upon the owner's request.

“The safe harbor applies in this case,” Gilliam wrote in a decision ending the case in Pinterest's favor.

The ruling stemmed from a lawsuit initially brought against the company in 2019 by professional photographer Harold Davis, who alleged that Pinterest wrongly monetized 51 of his photos.

He alleged that Pinterest users uploaded his photos to the service without his authorization, and that the service monetized those photos with ads.

“Regardless of whether the initial 'pinning' of plaintiff’s work by a user was fair use, Pinterest’s use of that same image for advertisement campaigns is not,” he alleged.

Pinterest urged Gilliam to throw out the case, arguing that the company qualified for safe harbor protection because Davis had not sent takedown notices that identified the specific infringing photos.

Davis countered that the safe harbors have some exceptions, including one that applies when companies receive a direct financial benefit from copyright infringement. He argued that Pinterest directly profited from infringement by surrounding his photos with ads.

Gilliam rejected that argument, writing that Davis hadn't produced evidence that Pinterest “received any financial benefit from an advertisement that appeared in proximity” to one of his photos.

The judge added that Pinterest's ad algorithms aren't associated with specific pinned photos, but with audiences.

“Despite plaintiff’s suggestion, neither advertisers nor Pinterest can target advertisements to appear near any specific organic Pin,” Gilliam wrote.

“An advertiser, for example, may choose to target Pinterest users of a certain demographic, age, or gender,” he added. “The court need not opine on the desirability as a policy matter of advertisers gaining such detailed insight into users’ behavior and history. It is enough for purposes of this opinion that such targeting does not generate revenue 'directly attributable' to plaintiff’s works.”