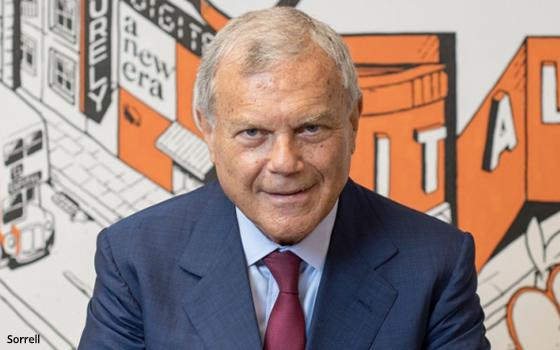 S4 Capital Executive Chairman Martin Sorrell said Friday that the company’s delay in issuing full-year 2021 results was “unacceptable and embarrassing” and that the firm was putting in place changes to ensure such delays don’t happen again.

And the results issued today—which showed strong net revenue and organic growth gains for the year-- are unaudited, although the company’s accountant PwC said they were accurate enough for public release. Fully audited results are expected by the end of the month.

While the company earlier had said the problems were largely due to disruptions in collecting data due to the pandemic, as some analysts expected there were other factors at work including what the company termed “Control weaknesses, staff turnover, and lack of detailed documentation, particularly relating to revenue and cost of sales recognition.”

The company referenced a switch in Chief Financial Officers in January when Mary Basterfield succeeded Peter Rademaker in the role.

The company further stated that the problems were “concentrated on legacy MediaMonks operations within the Content practice and its expansion in 2021,” but stress there was no impact on the company’s cash on hand.

Plans also call for the company’s Audit Committee to be strengthened with “significant work” on financial controls to be completed by before results for the first half of the year are announced.

Shareholders seemed appeased by both the steps to shore up the financial reporting problems and by 2021 results—company shares were up around 12% in trading on the London Stock Exchange today, following a similar bump yesterday when the company finally announced it was releasing 2021 results.

Net revenues totaled 560.3 GBP, up 90% with organic revenue growth (which factors out the impact of M&A and currency fluctuations) of 43%. Billings nearly doubled to 1.3 billion GBP. The company posted a full-year loss of 56.7 million GBP versus a 3.9 million GBP loss in 2020.

The company continues to focus on acquiring so-called “whoppers” or clients that spend at least $20 million in revenue with the firm each year. It has six now and hopes to land five more this year, one of which is close, according to Sorrell.

Despite looming macroeconomic issues, Sorrell said that marketer needs for technology development and digital transformation will continue to drive demand for the company’s services.

The company didn’t offer specific growth guidance for 2022 but did state that its three-year plan for 2022 through 2024 is “aiming” for a doubling of organic revenue.