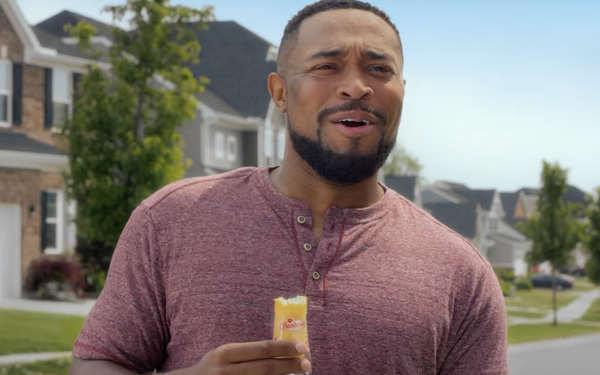 Hostess Brands is the latest CPG marketer to agree not to advertise to children under the age of 13 except for products that comply with the Uniform Nutrition Criteria of the Children’s Food and Beverage Advertising Initiative.

The move comes as Hostess has slashed ad spending on television and other traditional venues over the past several years in a 100% shift to digital platforms — where proper ad placement is a key component of CFBAI compliance.

One reason cited by Hostess for joining the CFBAI division of BBB National Programs is the release last year of its first national video campaign since the company went public in 2016.

Titled “Live Your Mostess,” products featured include Donettes — the #1 brand of mini donuts — and Twinkies. New spots will be added to the campaign this month and later this year.

“With the launch of this campaign, we reflected on what socially responsible advertising looks like, and it was a natural decision to join CFBAI,” Hostess Brands chief growth officer Dan O’Leary tells CPG FYI. “Hostess Brands views joining CFBAI as an important milestone in our overall growth journey.”

“The advertising industry for a long time had recognized that younger children need special protections in the advertising environment. And then in the mid-2000s, there was this big societal concern, with data showing that childhood obesity rates were going up,” says vice president of CFBAI Maureen Enright. “That was where this concept of having principles and nutrition standards for foods advertised to kids came about.”

What has motivated 20 companies—among them Coca-Cola, Hershey, Mars, Kraft Heinz, PepsiCo and Danone—to adhere to the organization’s standards?

“I think that it’s being part of a coalition of companies that are trying to address the very broad problem of childhood obesity. There’s more impact coming from a group making this effort than individual companies,” says Enright.

For TV, CFBAI uses a percentage of the viewing audience that consists of children in determining what ads are acceptable.

As recently as 2018, Hostess spent $40.3 million on media venues tracked by Kantar, excluding social media and including network radio through March of 2021.

In an Investor Day presentation in March, Hostess noted that 100% of its media spend is now digital: 41% for ecommerce, 37% digital video and 22% social.

“On the digital side, it is a different situation from TV because there’s targeted advertising and contextual ads where companies affirmatively work with a partner to place the ads somewhere in the digital environment,” says Enright.

Joining CFBAI adds some work to the process, given the quarterly reporting its members must do.

“You also have to factor into your entire media buy with your commitment to CFBAI. It’s an ongoing responsibility,” says Enright.