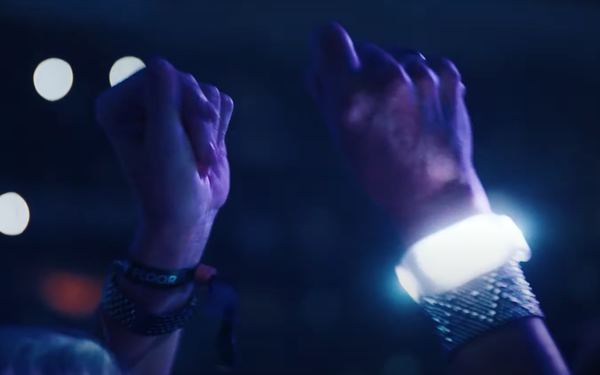 In an example of a brand walking the talk, rock band Coldplay is following through on its commitment to hosting a sustainable concert tour.

Consumers have repeatedly said they are aware and their buying choices are influenced by brand actions when it comes to “doing the right thing.” Coldplay, whose lead singer Chris Martin co-parents with actress and environmental activist Gwyneth Paltrow, is aiming to make the band's “Music Of The Spheres World Tour” as ecologically friendly as possible.

That includes “reducing carbon emissions by powering the show from bicycles and electricity-producing dance floors, building sets from bamboo and planting a tree for every ticket sold,” according to NME.

The 7-LED wristbands given to concert attendees are the made of a highly sustainable plant-based plastic sourced from renewable sugarcane. In most locations, the show will be powered by 100% renewable energy.

Using the app, fans can visualize and better understand how their actions traveling to shows contributes to their carbon footprint so they can choose more sustainable transportation options.

Since the app was released in mid-March ahead of shows in Latin America, tens of thousands of journey plans have already been submitted, with the average fan's carbon footprint down around 50% from the band’s last tour.

A blog post from SAP includes a video featuring Martin with SAP CEO Christian Klein talking about the efforts.

Ball Corp., a global provider of sustainable aluminum cans, cups and bottles, is another key partner in the band’s initiative. Ball will provide its recyclable aluminum cups to Coldplay’s venues across the United States and select venues internationally – helping to reduce waste and strengthen refill and recycling.