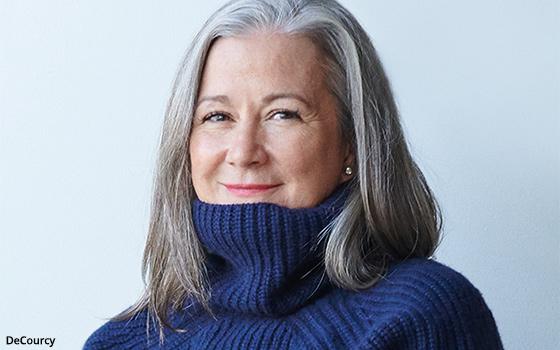 Although Colleen DeCourcy -- former Wieden+Kennedy president and global CCO -- announced her retirement from advertising five months ago, she has signed on with Snapchat’s parent company as chief creative officer.

DeCourcy is the latest addition to Snap in a recent line of leadership hires, including Anne Laurenson from Google, Jacqueline Beauchere from Microsoft, Rajni Jacques from Allure, and Konstantinos Papamiltiadis from Facebook.

DeCourcy is an advertising veteran who spent more than a decade at Wieden+Kennedy producing award-winning work for brands such as Nike, McDonald’s, KFC, Anheuser-Busch, Ford, Visa and Airbnb, just to name a few.

At Wieden+Kennedy, DeCourcy helped the company win Emmy awards for Nike’s 2019 Colin Kaepernick “Dream Crazy” campaign, as well as the “You Can’t Stop Us” pandemic campaign.

During her time there, DeCourcy helped earn multiple Ad Age “Agency of the Year” awards and was named “Leader of the Decade” for 2010-2019.

At Snap, DeCourcy will lead the company’s creative efforts across the globe, working to elevate Snap’s brand image through her expertise and experience in strategic storytelling and marketing efforts.

“My concerns about the impact of social technologies on society are pretty well-known,” said DeCourcy in a recent statement. “At Snap I’ve met a thoughtful group of people with values and a mission that can make a difference. That’s 100% why I’m doing this.”

“What I didn’t expect is how much fun it would be to take my advertising brain and do something completely different with it. I’m at a ten year old company that’s just getting started in terms of the good it can do with a camera. That’s an incredible opportunity for a creative thinker,” she adds.