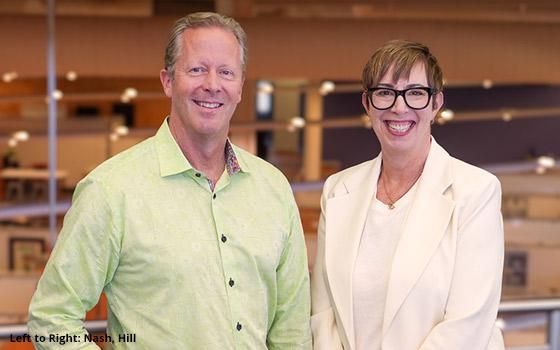 Former 4A’s CEO Nancy Hill has been named CEO of Cleveland-based ad agency Marcus Thomas starting June 1. She succeeds Jim Nash who will remain with the agency serving as vice chair of the company’s board of directors.

Since leaving the 4As in 2017, Hill has run her own consultancy, Media Sherpas and Marcus Thomas has been a client since she began the practice.

Revenue at the agency was up 21% last year and is up more than 70% over the past five years, the shop reports.

“Marcus Thomas is ready to play on a bigger national stage, and Nancy’s entrepreneurial and very intentional leadership is what will take the agency to the next level,” said Nash. He added that her previous experience as CEO, her work at other agencies like Doner and TBWA and familiarity with MT “will make for an easy transition to CEO and ignite and propel our operations.” She also has served on the agency’s board of directors since 2021.

Hill said she became “smitten” with Marcus Thomas during their collaboration and the opportunity to assume the CEO role was a career pivot she had to make. "I’m so bullish about the company’s trajectory, I couldn’t help but say yes to the chance to fuel-inject growth at a leading creative agency that happens to be in my hometown,” she said.