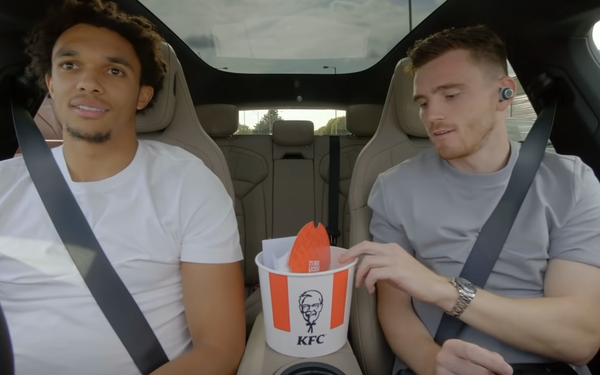 Image above from one of  KFC's "Wingmen" videos.

The performance of YouTube videos featuring McDonald’s and KFC in 2021 shows that relevance trumps restaurant revenue when it comes to consumer engagement.

That’s is one of the findings from an analysis by Tubular Labs of YouTube video views.  McDonald’s ranked No. 1, KFC No. 2 and 12 other QSRs were listed in descending order by total views: Starbucks, Burger King, Domino’s, Taco Bell, Pizza Hut, Chick-fil-A, Subway, Dunkin’, Chipotle, Wendy’s, Sonic Drive-In, Arby’s and Panera Bread.

While more than half of the chains have systemwide U.S. sales exceeding those of KFC, the iconic fried-chicken brand “appears to be punching above its weight on social video,” notes the recent report.

Combined, the 15 chains garnered 20 billion YouTube views of their paid, owned and earned content—an increase of 39% since 2019.

This is particularly relevant to QSRs when it comes to wooing Gen Z diners, an audience that spends more than 25% of its time on social media and whose average video watch time is nine minutes, “while other demographics average only three minutes.”

Video content “that plays with culture” is highly engaging, as in KFC’s YouTube production of the "Wingmen" series in the United Kingdom featuring pop culture figures like actors, radio hosts and footballers.

“The approach increases affinity through celebrity endorsement, using the casual and authentic approach of an easy, one on one conversation.”

Viewers of McDonald’s videos have a high affinity for content creators like Full Nelson—who reports on the food and beverage industry—along with the Disney Family in the kids entertainment space.

Looking at purchases on Amazon, Tubular found that viewers of both McDonald’s and KFC videos are big shoppers for gaming equipment.