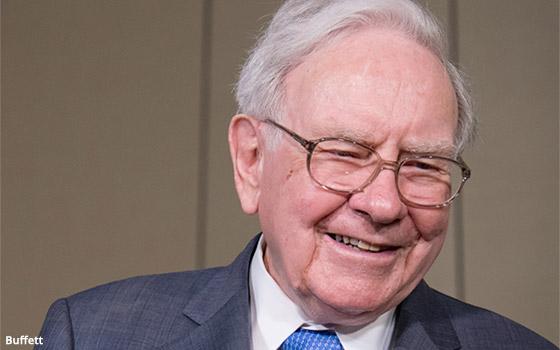 The move comes a day before the company will be making its annual upfront advertising pitch to TV advertisers and media agencies.

Buffett's traditional investing moves are typically based on long-term value in companies, starting at a low buy-in stock price.

Paramount Global stock has seen its stock drop down 26% year-over-year. It currently trades at a very modest 4.6 price-to-earnings (PE) ratio, while its market capitalization is at $20.9 billion currently.-

The company's first-quarter revenue was down 1% to $7.3 billion -- under-delivering on expectations. On a more positive note, Paramount Global's total direct-to-consumer (D2C) streaming revenue grew 82% to $1.1 billion in the first quarter

“While we believe Paramount has enough unique content (scripted + sports) to keep Paramount+ growing in the U.S. --and benefit from the secular shift in advertising moving to AVOD with Pluto -- we remain cautious on the impact of this growth on the linear business,” said MoffettNathanson Research earlier this month.

Looking specifically at Paramount+, its premium streaming platform, there were 6.8 million subscriber additions, reaching a total of 40 million globally.