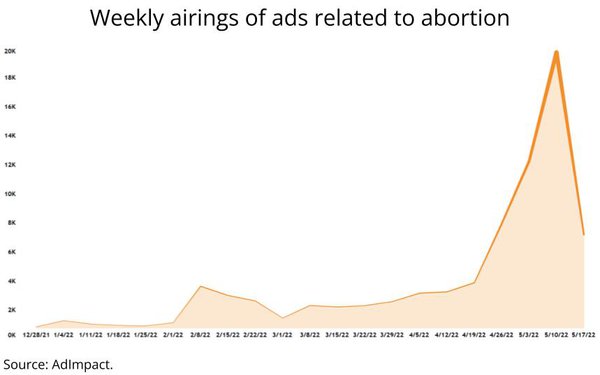 "Since the beginning of the year, we had seen an average of about 2,000 airings a week relating to abortion," the analysis notes, adding, "After the leaked draft, that changed dramatically, peaking last week at nearly 20,000 airings."