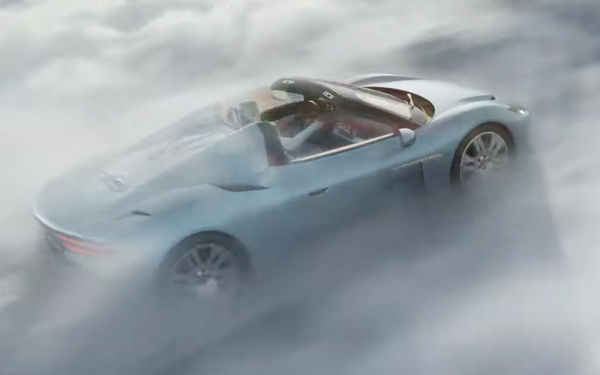 If you’re in the market for a $300,000 Italian sports car, then this Maserati ad might be for you.

The ad, via Callen, shows the Maserati MC20 Cielo as being adaptable, a pleasure to drive -- and, oh yeah, fast as hell. The ad’s theme is “Beyond the Sky,” and visuals evoke some initial confusion as to where the sky is, exactly. At first, there’s a shot of the horizon that’s turned upside-down. Then, the sky is seen atop the racing car and then through the moon roof.

On the whole, it feels a bit dreamy, which is presumably the desired effect. There’s no mention of any particulars like mileage or price because people who are about to buy a Maserati presumably don’t worry too much about such things, or get their information elsewhere.

For those of us who aren’t in the market, this 60-second ad is an amusing glimpse into what pushes the buttons of such people.