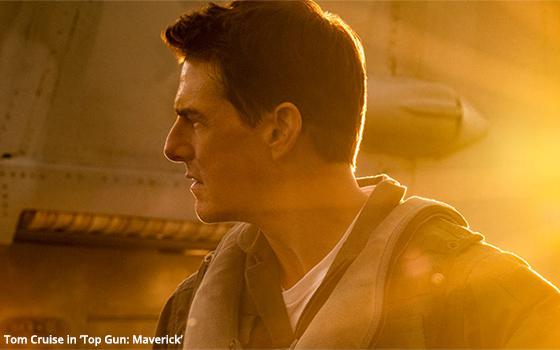 The latest edition of the movie, starringTom Cruise, landed the franchise with its biggest ever U.S. domestic opening -- an estimated $126.7 million for three days (May 27-29) of the weekend and $156 million for the four-day period (May 27-30), according to Comscore.

The film was also Cruise’s biggest opening weekend ever -- and the first time he starred in a film opening with more than $100 million at the box office.

Over the most recent two-week period, the movie pulled in 644.9 million national TV impressions -- coming from an estimated $6.1 million, according to iSpot.tv. The TV measurement company estimates the studio spent a total of $17.2 million in national TV advertising on the film.

The movie’s national TV advertising campaign actually started nearly three years ago in August 2019 -- as a result of multiple delays, including new filming and re-shoots of scenes as well as being affected by pandemic disruptions.

In terms of estimated national TV spend for the last month: TNT got $2.6 million of the movie’s estimated spend, with ESPN at $1.6 million and ABC at $1.0 million.

The movie also benefited from co-marketing national TV campaigns. Applebee’s spent an estimated $4.3 million from two different commercial activations, which was part of a broader marketing deal with the movie. In addition, Porsche was a branded partner for the movie, spending an estimated $1.2 million, according to iSpot.tv.

There were also a number of co-TV network promotions to boost awareness -- on CBS, FX, and MTV. The national marketing campaign also include a partnership with YouTube to livestream the world premiere event for the theatrical release of the movie

Coming in second for the Memorial day weekend (May 27-29) was Walt Disney’s “Doctor Strange in the Multiverse of Madness” ($16.4 million), in its fourth week; 20th Century Studios’ “The Bob’s Burger Movie” ($12.6 million), for its opening weekend; Focus Features’ “Downton Abbey: A New Era” was at $5.9 million in its second weekend; and Universal Pictures’s “The Bad Guys” was at $4.6 million, now in its sixth week.