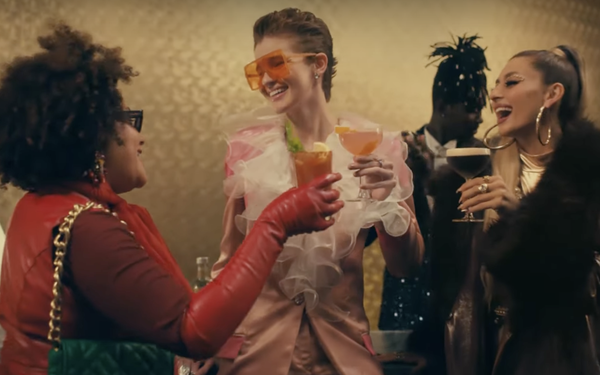 Absolut imagines its cocktails as people in its first major brand push in a decade with a new spot introducing Bloody Mary, Cosmo and Espresso Martini.

The ad, via Ogilvy, New York, is narrated by actor Rami Malek. “Welcome to the Absolut world of cocktails,” Malek says as the camera focuses on Bloody Mary, a black woman. In this world, Malik notes, “everything is mixed—expression, personalities, friendship.” The ad then shows a woman named Cosmo and one called Espresso Martini.

“The more we mingle, the more we create, the stronger we become,” Malek says. The campaign is themed “Born to mix.”

Though the ad launches during Gay Pride Month, it doesn’t necessarily promote an agenda. The women at first appear to be at a party with mostly women, but in the end, a crowd appears featuring an appropriately mixed crowd.

The push comes as owner Pernod Richard looks to elevate the Absolut brand. It also comes a month after Absolut introduced “Out & Open,” an effort that pays homage to the gay and lesbian community. That effort included a promotion with “Saturday Night Live’”s Bowen Yang.