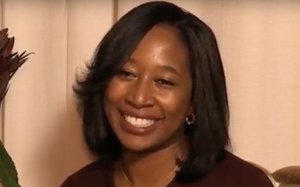 Cunningham has been executive editor at the Insider news division since 2020, and before that did stints at the New York Daily News, the Bergen Record (covering northern New Jersey) and the digital brand iOne.

In her new position, she’ll report to Global Editor in Chief Nicholas Carlson. “We’ve spent the last few months speaking with dozens of deeply impressive editors (including Pulitzer winners and managers of global newsrooms) as we searched for our news division's next EIC,” Carlson said in a staff memo. “In the end, we decided that the very best person for the job was already in the building.”

Cunningham has covered historic events like the Sandy Hook Elementary school shooting, Hurricane Sandy in NYC and New Jersey, and the 2008 and 2012 presidential elections, Carlson noted in the memo. She's also the president of the Newswomen’s Club of New York, the nation’s oldest nonprofit dedicated to supporting women journalists.

“In a sometimes brutal industry, Jenn is kind,” Carlson said. “She's not afraid to make tough calls (I've seen her make them), but ask anyone who works with her and they will tell you that she is kind and calm, even when it's hard. That is the type of leader we want at Insider: effective and inspirational, but a good egg through and through. And that’s Jenn!”

Fifteen-year-old Insider is based in New York and since 2015 has been owned by the German media conglomerate Axel Springer.