Amazon Steps Into Its Fashion Future 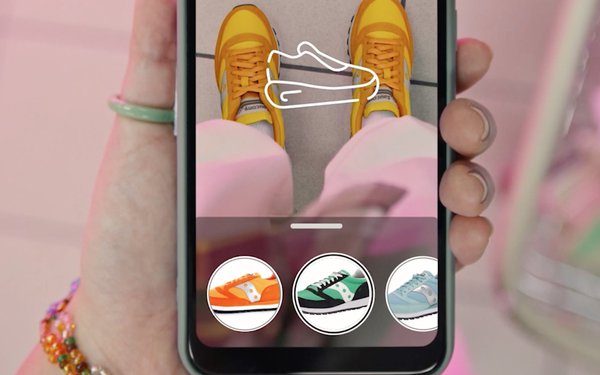 Amazon Fashion is taking a few twirls down the runway this week. It announced a new try-on feature for its shoes, using an augmented reality lens.

The ecommerce giant also opened the doors of its first in-person Amazon Style store, giving shoppers a closer look at how it intends to combine brick-and-mortar clothing sales with its omnichannel innovations.

Customers can use the Virtual Try-On to look at their feet from every possible angle, visualizing how each pair of shoes will look. They can play with thousands of styles, looking at colors and cuts from such brands as Adidas, Reebok and New Balance.

If they want help deciding, they can snap a photo of their feet in different looks, sharing with friends on social media for feedback.

The technology isn’t new. Nike introduced an AR tool to help people better determine their foot size back in 2022, and Walmart introduced tech for trying on apparel earlier this year. And many companies have been tinkering with virtual fitting-room solutions for years.

Still, the move is another indication of how Amazon hopes to blend tech with style, creating new ways to engage customers.

“Amazon Fashion’s goal is to create innovative experiences that make shopping for fashion online easier and more delightful for customers,” said Muge Erdirik Dogan, president of Amazon Fashion, in its announcement. “We look forward to listening and learning from customer feedback as we continue to enhance the experience and expand to more brands and styles.”

Other innovations include a Prime Personal Shopper and Try Before You Buy program, similar to Stitch Fix. It’s also got something called the Drop, offering limited-edition street-style collections from around the world.

The news from Amazon is not all virtual, however. Earlier this week, it opened the doors of its first physical fashion location, Amazon Style, in Los Angeles.

The company announced plans to open the store in January but was coy about timing. It hopes the physical location will offer insights into how people shop for clothes.

The L.A. location will allow customers -- at least theoretically -- to have the best of all worlds. They can discover items in the store, then buy them online later. Or they can shop for millions of styles online, then arrange to try them on in the flesh.

Amazon is the largest apparel seller in the world and is estimated to sell $73 billion in apparel and footwear sales this year, almost double those of Walmart, which is the second largest.