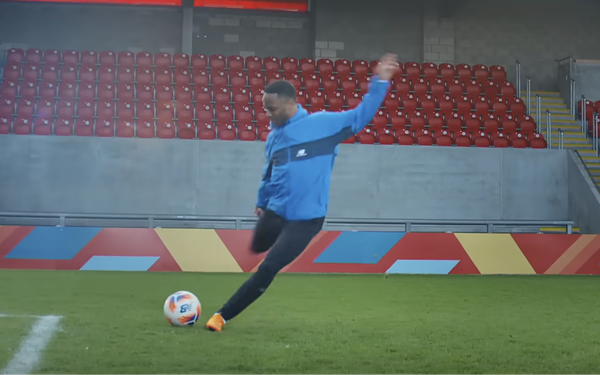 New Balance, once thought of as a runner’s brand, is back with a new campaign celebrating a mixture of a bunch of sports, including basketball and soccer.

The 60-second spot, via VMLY&R, is backed by the track “Hey You,” by Experience Unlimited. As the upbeat track plays, the camera follows a group of people, including soccer players Raheem Sterling and Bukayo Saka and artist Jack Harlow, passing basketballs that turn into soccer balls and vice versa.

The campaign is themed “We got now,” and New Balance described the stars of the campaign as "the faces shaping the now in the worlds of sport and culture,” and said the new video was created to “highlight the joy of their craft in everyday moments, not just when they’re on the world’s biggest stages.”