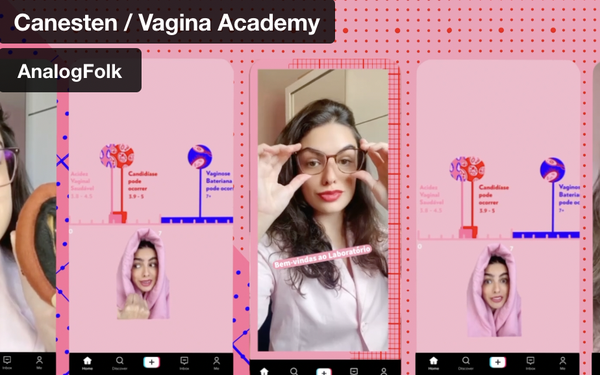 Patricia Corsi, global chief marketing and digital officer at Bayer, and chief information officer for the company’s Consumer Health Division, is playing a major role at the Cannes Lions International Festival of Creativity, which gets underway Monday. Corsi's hosting a meet-up on creativity in consumer health ads -- and also serving as president of the Health and Wellness Jury, which will announce its winners on June 21.

The Brazilian native joined Bayer in 2019 after two years as chief marketing officer at Heineken Mexico -- and, prior to that, 10 years at Unilever UK and Ireland, where she rose to the position of marketing vice president and board member.

Marketing Daily spoke with Corsi about creativity in consumer healthcare marketing and a couple of Bayer’s most innovative campaigns.

Marketing Daily: Let’s start with the meetup you're running at Cannes Lions. It’s titled “Consumer Healthcare and How Creativity Can Make Us Healthier,” and poses three questions, which we’ll ask here. First, why does the consumer healthcare sector have a bias toward conservatism?

Patricia Corsi: With health products, the risks are higher, and so are the regulations. And at the same time, brand building and brand development have not been areas that were central to consumer health businesses, especially those created within pharmaceutical divisions.

Second, how can the consumer healthcare sector break free of the shackles of conservatism?

Finally, what is needed to change for healthcare to become a more creative industry?

Corsi: We need to build a strong foundation of consumer-centricity, and to be curious about their needs and interests. Additionally, as a marketer you must surround yourself with the best strategic partners – the ones that provide options and solutions for every problem rather than a problem for every opportunity. Collaborate, collaborate, collaborate -- internally and externally.

Marketing Daily: As president of the Health & Wellness Jury at Cannes Lions, you’re able to view the best of what the industry is doing. So what progress do you see outside of Bayer in healthcare marketing getting more creative?

Corsi: I had the opportunity to be a juror last year when, because of the pandemic, we judged two years’ worth of work. It was great to see how the industry stepped up in support of consumers, especially with COVID and its unintended consequences. There were a number of high-quality creative campaigns across the globe.

This year, we have a strong pipeline of work. I’ll have more to say on this during the Health & Wellness Debrief on Tuesday after the winners are announced.

Marketing Daily: We know you can’t be in the room when the jury discusses Bayer’s entries, but you do have a record 42 entries this year.  Which are you proudest of, and why?

Corsi: I am proud of all of them, of course. I am proud of the courage, ambition and consumer focus from our marketing teams. I am especially pleased with our strategic partners that have really embraced this journey with us.

Marketing Daily: We’ve been hearing a lot about Canesten cream’s “Vagina Academy” campaign, which first launched in Brazil. The antifungal cream aimed to"counter body shame with bad-assery," with a digital primer on vaginal health. So what plans does Bayer have for bringing that campaign to other countries (including possibly the U.S.)?

Corsi: The Vagina Academy initiative has received positive results and feedback across the world, including 20 awards and recognitions since it first launched in 2021.

Other countries where the campaign has already launched include the Netherlands and France.

The campaign is leveraging its global reach with nine new markets rolling out this year, including the U.K. and Mexico, with Italy already launching its second activation for the campaign.

The campaign also drove the de-censorship of the word "vagina" on TikTok -- a global first.

It won’t be launched in the U.S., as the brand is not available there.

Marketing Daily: It’s been a year since allergy product Claritin launched its Outsideologist Project, encouraging children to spend more time outdoors. Can you discuss that campaign?

Corsi: The campaign launched in 2021 in the US and Australia. Success in the U.S. was tied to scale, amplification and engagement in 2021, and the 2022 focus is on driving this with paid, not just earned, support. The initiative includes building parks in underserved communities — a meaningful execution of the Claritin purpose.

Marketing Daily: How are your creative challenges at Bayer different than, let’s say, your previous two years at Heineken?

Marketing Daily: Is it harder or easier to do creative OTC marketing in the U.S. than in other countries?

Corsi: In health, each country has its peculiarities and, in many cases, its own particular regulatory framework, so it’s not easy to do a linear comparison.