The Juneteenth Wake-Up Call: Why Brands Still Get It Wrong 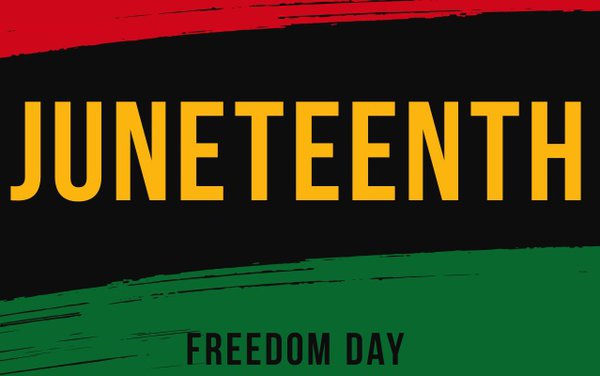 Juneteenth is right around the corner, offering brands plenty of opportunities to connect with people of color. Most are too afraid to take it, worried they'll screw up. And considering Walmart's recently bungled Juneteenth ice cream, they're right to be cautious.

Yet Nicole Simpson, newly appointed director of diversity, equity and inclusion at the agency Rapp, says brands shouldn't be afraid to try.

Marketing Daily: Juneteenth became a federal holiday last year after years of efforts by activists. Why are marketers reluctant to attach brands to these widespread celebrations?

Nicole Simpson: I understand brands being wary. Getting it wrong means losing money and losing customers. If they try something that goes badly, there is the potential for backlash and even boycotts.

Look at the reaction when Bath & Body Works, earlier this year, slapped some kente cloth on preexisting candles and claimed they celebrated Black History Month. Or going back to when H&M put the little Black boy in the monkey shirt and the white boy in the "King of the Jungle" outfit.

Marketing Daily: All major gaffes. How do these mistakes happen?

Simpson: Nobody was in the room to say, “This is a really bad idea.” Because the ad industry isn't representative, the right voices aren't there. You think, “How could they have been so tone-deaf?" Then you Google who's on their creative team, and you see how it happened.

Marketing Daily: What's the risk of not doing anything -- maybe not specifically for Juneteenth, but looking for better ways to connect with the BIPOC community?

Simpson: Doing nothing is problematic, too. I think corporate America can eradicate racism, full stop. Not trying means that the needle is not moving. But that requires vulnerability and acknowledging what you do and do not know. If we don't try to have these conversations, we're not going to get anywhere.

Our clients demand more diversity of thought for their brands, which means we have to hire differently. They know that without better representation in the agency, they're missing out on a different fan base by not appealing to what our country and the world look like today.

Marketing Daily: Do some brands have more permission to get it wrong? Let's just say, as a hypothetical, that Ben & Jerry's had struck a sour note with a Juneteenth ice cream. Would customers react differently, given that brand's long history with racial justice issues?

Simpson: Yes. It's all about authenticity. Their ongoing commitment makes them more likely to hit the right tone. That's very different from 2020, when many companies turned their Instagram to black squares following George Floyd's death. The backlash was intense. People said, 'You've never shared content from Black creators. You don't support Black-owned brands.'

Walmart may get it wrong, but companies like Target, on the other hand, which has done lots to collaborate with Black-owned companies, have more credibility. They build brand trust.

Marketing Daily: Companies aren't just concerned about goofing up external efforts. They're also walking on eggshells about their employer brand these days. Yet many seem reluctant to talk about their DEI efforts. Why?

Simpson: Part of it is their secret sauce. They're protective of their IP; even if they're doing amazing things internally, they may be quiet about it.

And every company is at a different point in this journey. Some companies have had DE&I efforts for decades. My dad started some diversity efforts at Johnson & Johnson that still live on 20 years after his death. And for some, the journey began after we watched George Floyd be murdered. So there's some shame there.

Marketing Daily: Many seem defensive about their numbers. They announced goals to hire and promote more diverse talent but haven't changed the percentages -- especially at the highest levels. So they hold back progress reports.

Simpson: Yes, when I analyze all the public DE&I reports from the big five advertising holding companies last year, it seems like many of us are in the same place.

There is some shame in setting goals and not reaching them. So while numbers are significant, I'm more interested in how you take care of that diverse workforce once you hire them. Are they staying? Are they supported? Developed? These are people problems, not just diversity problems.

Marketing Daily: The past few years have been rough on women, who disproportionately figure in the Great Resignation. The pending Roe v. Wade decision also weighs heavily on many. What can agencies and brands change to help?

Simpson: I know. I'm so lucky that I have a supportive boss. She tells me to block my calendar to protect my time with my kids. And the ability to work remotely has saved me an amazing 20 hours a week in commuting.

We have to help people -- especially women­ -- carve time out of their schedule to be human. I started May 1, and in six short weeks, we've had the leak of the Roe v. Wade decision, the mass shootings in Buffalo and Uvalde, and the Jan. 6 hearings. It's a lot.

Companies need to find a way to say, "Hey, things are hard. Take the time you need."