Fruit Of The Loom Aims 'Fruitisms' At Younger Buyers 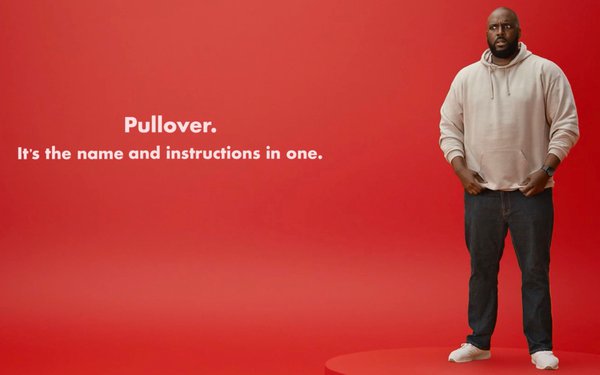 Maybe comfortable undies bring out the philosopher in people. Fruit of the Loom hopes so, and is rolling out “Fruitisms,” a light-hearted campaign to introduce a new generation to its breathable basics.

"We're a 170-year-old brand, so top-of-mind awareness isn't a problem," says Bryse Yonts, director of brand communications for Fruit of the Loom. "But we were looking for ways to showcase the breadth of our product, for both adults and kids." The company’s offerings s include underwear, T-shirts, socks and hoodies for men, women and kids.

After many years of targeting those in the 18-to-54 age range, "we've refined that to those who are 25 to 34 as our primary audience," Yonts adds.

GSD&M came up with the approach as part of the pitch process, based on witty little observations about ways comfort in clothes matters -- whether people are trying to touch their toes, surviving a noisy flight, or deciding if blue is their color.

"We wanted to be as relatable as possible, from the casting to the vignettes. We are for everyone, every day -- so hopefully that comes through," says Yonts.

An important part of the effort has been crafting the messages into the ultra-short forms -- six and 15 seconds -- that have the best chance of resonating with younger viewers, including an active TikTokpresence.

Fruit of the Loom is North America's second-biggest underwear brand, with 21.1% of the men's market, according to Morningstar. (Hanes is No. 1, with 36%.)

And while it's always been known as an affordable brand, the new ads also play on its wide variety of colors. Each ad is shot on a bright background, underscoring the color selection.

Yonts says the mild humor has been part of the brand's DNA for a long time. "We don't want to take ourselves too seriously. People are faced with so many things right now -- picking out underwear shouldn't add stress to your life."