I expected that I would return to celebrate the demise of The Donald, but alas, he yet hangs on by an insurrectionist thread.  Come on Merrick, wield those scissors!

Rather, I spill ink about the recent dust-up between Augustine Fou, “an independent cybersecurity and ad fraud researcher” -- who appears to primarily publish his observations for +27,000 followers on LinkedIn -- and MediaPost Editor Joe Mandese.

Joe ran a story based largely on a release from the ANA that Augustine claims is inaccurate. Augustine was not only upset about the content, but that Joe would dare to run a story based on a press release.

A Joshua Castell felt compelled to pile on with this claim: “All Mr. Fou is doing is accurately exposing the extreme lack of ethics and substance that Mr. Mandese, his publication, various other snake oil salesman, and the industry-at-large have. Fou has provided documentation and evidence out the wazoo and it’s really not up for debate. Mr. Mandese and those like him are devoid of any real value or credibility…”

Gracious! It is a wonder that either Mr. Fou or Mr. Castell bother to read MediaPost, since they hold it in such low esteem. Perhaps it is to reassure themselves it is just as tawdry as they claim each and every day.

Allow me to enlighten Team Fou/Castell.

About 90% (if not an even higher sum) of what they read in most publications in the world is based on press releases. When the CDC or the Fed or the White House or the New York Yankees, for that matter, have something to say, they put it in a press release. Properly conceived and written, press releases are a cornerstone of journalism.

As journalism revenue has been crushed by digital media and can afford far fewer reporters, there is an unfortunate tendency for struggling publications to lightly rewrite releases and call them stories. Few publications have the luxury of allowing reporters a week or two to make 30 or 40 calls to verify accuracy or get opposing opinions. But trust me, smart beat reporters know when they are being fed bullshit.

That means publications like MediaPost, which cover a vast number of developments from traditional media, marketing, advertising, digital platforms, brands, startups, etc. will run a lot of stories that contain facts and figure from press releases (that is one of their value props – they cover A LOT).

Does that mean everything in press releases is bullshit? Not at all. Much of it is because there is a rampant lack of professionalism in PR. But how funny that clients brag about and promote the coverage they get from publications, then the next day rant about what rags they are for covering the competition.

Some very powerful companies -- especially in the tech sector -- that reporters are compelled to cover don’t bother with press releases anymore, but rather post their “news” in online blogs, structured with a more aggressive, market-oriented take that virtually always puts the company in a good light. You know -- just like press releases.

Most of the rest of the news you read is based on “leaks,” which are simply verbal press releases with “off the record” observations salted in to make the source seem “credible.” Over the years, reporters learn whom they can trust to tell them the truth on such calls and respond with appropriate care in their stories.

None of this of course applies to the wild-wooly internet in general, where you are utterly on your own to determine what is credible -- but instead to publications that maintain journalism best practices. You know, like MediaPost.

Questioning Joe’s journalism cred is a fool’s errand. He is so old-school he reminds you of the single room, red-clapboard buildings that are preserved as small-town museums. In a world of shoot first and ask questions later, being old-school is a gift. That means he not only maintains journalistic best practices for MediaPost in general, he has decades of separating the wheat from the chaff, and can sense bullshit long before it even surfaces.

The entire 20 years I wrote for Joe, I was also pitching him stories. I gotta tell you, my hit rate with him was pretty damned low. He never once did me a favor or showed my clients partiality because he is, well, old-school.

Totally objective, error-free journalism is an unachievable goal, which is why even the NYT and WSJ run corrections nearly every day. But it is what you aim for if you are old-school. 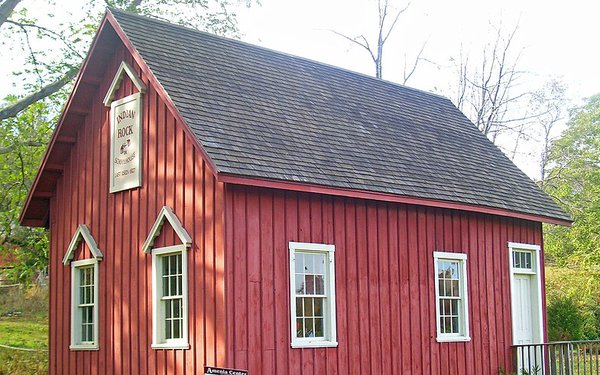