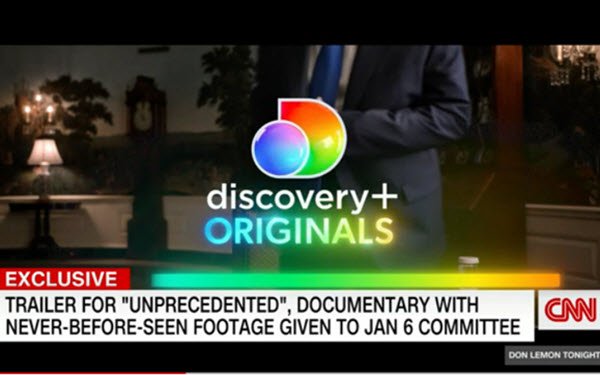 Discovery+ has confirmed that it owns the rights to “Unprecedented,” a three-part documentary from British filmmaker Alex Holder that has drawn the attention of the House Select Committee investigating the Jan. 6 insurrection at the U.S. Capitol.

The series — based on some 11 hours of footage shot by Holder, who was given access to then-President Donald Trump and those around him before, during and after the 2020 presidential election — will be released “later this summer,” Discovery+ said in a statement.

It will feature “never-before-seen footage of the Trump family on the campaign trail and their reactions to the outcome of the election” and “offer intimate and unprecedented interviews with Trump, his family and others who were in the White House,” according to the statement.

Discovery+, which bought the rights in 2021, also released a teaser video for the docuseries.

Holder announced on Tuesday that the raw footage had been subpoenaed by the Select Committee, and he is now set to testify before the committee in its hearing today.

“When we began this project in September 2020, we could have never predicted that our work would one day be subpoenaed by Congress,” Holder said in his statement. “As a British filmmaker, I had no agenda coming into this. We simply wanted to better understand who the Trumps were and what motivated them to hold onto power so desperately. We have dutifully handed over all the materials the Committee has asked for and we are fully cooperating.”

Deadline was first to report Discovery+’s ownership of the rights.