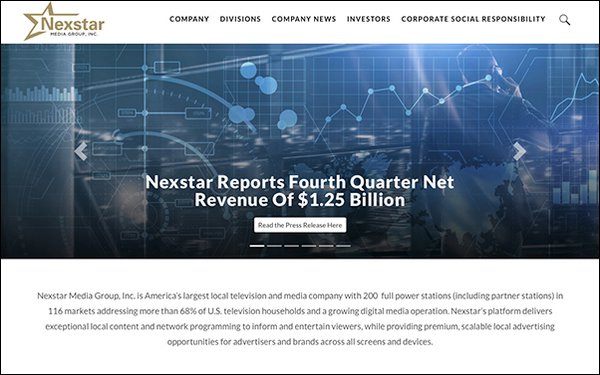 The largest owner of the U.S. TV stations -- Nexstar Media Group -- is nearing a deal to acquire a majority stake in broadcast network The CW, according to a number of reports.

Financial terms are yet to be finalized. But a report in The Wall Street Journal says one piece of the deal could include Nexstar assuming the CW losses, which could exceed $100 million. Nexstar is the largest owner of affiliated CW network stations.

The CW was profitable in recent years due to the sale of aftermarket network airings of its network prime-time shows to Netflix, including "Charmed," "DC’s Legends of Tomorrow," "Dynasty," "Gilmore Girls" and "Jane The Virgin," among others.

In recent years, with the rise of many legacy media companies own streaming platform efforts, CW co-owners shifted priorities.

Paramount Global and Warner Bros. Discovery have been cutting back on Netflix deal-making for CW shows -- which their respective studios produced and then aired on the CW. The intent was to use that program content for their own growing streaming services -- Paramount+ and HBO Max.

The CW, a young adult-skewing broadcast, started up in 2006 as a result of a merger of mini-broadcast networks -- Warner Bros.’ The WB and CBS's UPN, both of which started up in 1995