In Its Sixth And Final Season, 'Peaky Blinders' Gains Ground 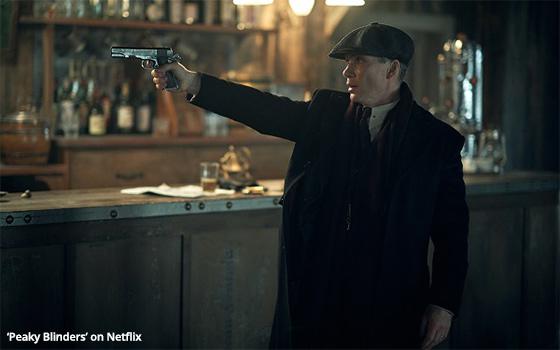 Since the sixth and final season of “Peaky Blinders” dropped June 10 on Netflix, the atmospheric gangster drama has emerged as one of the streaming service’s leading attractions.

The series first came to Netflix in 2013. But now, with the show ending, interest and viewership appear to have increased.

For the week of June 13-19 (the most recent week for which such data seems to be available), the show had 904 million minutes of viewing time, a 42% increase from 635 million the previous week, according to The Hollywood Reporter.

THR said it was the best performance for “Peaky” in the 22 months that Nielsen has been generating these weekly rankings.

If many Netflix subscribers are finding this series only recently, it is also true that it has had a devoted following since the beginning.

Indeed, this is a show that comes up from time to time in the conversations about television that a TV columnist cannot avoid with family, friends, co-workers and acquaintances.

Anyone who has not yet climbed aboard the “Peaky Blinders” bandwagon is missing the most stylish period gangster series since “Boardwalk Empire,” HBO’s late, great series about Atlantic City in the 1920s.

The year was 1919 when the show started. Its sixth and final season takes up the story in December 1933 as the Prohibition Era is coming to a close and its gang members are not so youthful.

Some might say that style far exceeds substance in “Peaky Blinders,” which is debatable. It is also irrelevant because this show’s swagger is as good a reason to binge-watch it as its engrossing storyline.