'Healthcare is the Stinky Taxi': Can Laso Uber-ize the Doctor/Patient Transaction? 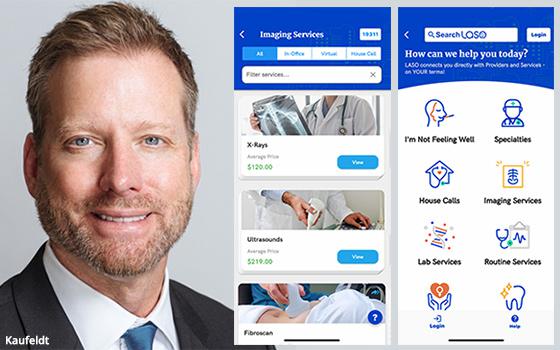 For most Americans, doctor’s visits can be frightening from both a health and financial perspective. As Laso CEO Tim Kaufeldt tells Brand Insider this week, out-of-pocket costs in the high deductibles world of health “underinsurance” has left an opening for a true digital marketplace for ad hoc care. The Laso app matches patients with doctors in an Uber-like way – providing a flat upfront cost for most procedures.

Kaufeldt’s marketing challenge is a bit like Uber’s in its early days – getting people to realize that riding in a stranger’s car may be preferable to the more familiar but wildly imperfect and “stinky” taxi/shuttle system. You can listen to the entire podcast at this link.

MediaPost: Outline how Laso faces both customer and doctors.

Tim Kaufeldt: Laso really is taking healthcare back to what it was around 1942, which is really remove the component, the cartel, if you will, of the insurance and just connecting doctors and dentists and wellness providers directly with patients seeking that.

There are no middlemen within the Laso platform. We're not insurance-based. We have a group of quality doctors on one side of this platform that are the same doctors you probably see with your insurance, but they're willing to put an upfront transparent price on their services and their schedules out there into the app.

The other thing that we really wanted to solve with Laso was  doctors who want to serve patients and don't want to mess with the business side of it. And patients that are tired of getting the surprise bills and all of the services they didn't order. We wanted an easy platform. If you're looking for anything from an MRI to a chiropractor to a wisdom tooth removal to a full set of dental implants, you can find it on the app. The price you see is the price you're going to pay.

MP: What is the relationship with the physicians?

Kaufeldt: We go out and present to them the Laso platform. Right now, because of the high deductible, health plan physicians are carrying more bad debt because patients are less able to pay. They've been looking for ways to even out the revenue cycle with cash. Well, this is how it happens. We're a platform for them to put their services out there with an upfront price. We found that our biggest hurdle has been helping them price their services.

MP: It sounds like you could follow the same model as that delivery app model for restaurants, so eventually you can also become a marketing platform for these providers.

Kaufeldt: Absolutely. That's exactly what we are at this point. The term is the retailization of healthcare. What Laso is really all about, no matter where you're at on the income stream or in your life, is about a friendly access point to health care. That's it, the easy button. 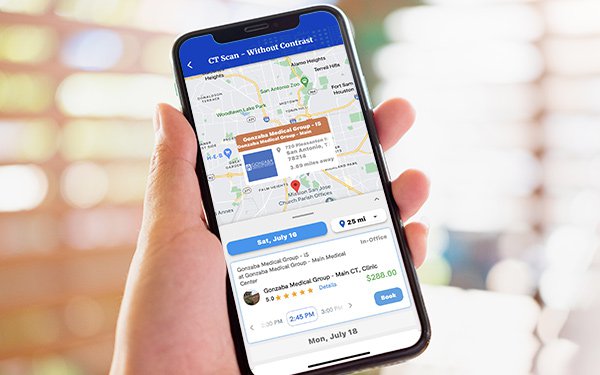 MP: How do you cast such a wide marketing net and keep customer acquisition costs manageable?

Kaufeldt: In Q4 of last year, we ran a big brand awareness campaign. We did everything from a 30-second TV spot professionally shot on Spectrum cable, OTT, all the way down to local Spanish language radio. Q1 we said, okay Q1 we're going to focus on downloads. So we stripped away all the other stuff, we cut the budget way down, and we really just focused on that.

In search engine marketing, probably about three to four thousand times a month somebody in the San Antonio DMA types in the words, how much does an MRI cost, where can I get an MRI, how much does a root canal cost. As soon as they do that, we're serving an ad. So we're catching people with intent.

In Facebook, it's been harder to target people. We're shooting our own commercials, our own people. When you look at that demographic of the uninsured and functionally uninsured, it needs to be people that look like them, not professional actresses. And so we started shooting some homegrown commercials. I’m talking less than three grand to put this together, using our own staff, that's what you see out there now. On Facebook that definitely started to get some play.

But the biggest change that we made in Q1 was experiential. We started setting up at apartments. Apartment managers always need events, so we would come in and wait for people to come home; that's our demo. We started doing local events like San Antonio’s fiesta. We started getting out in the community, and that's when the tide really started shifting for us.

MP: At your site we are met by GEN. Who is GEN?

Kaufeldt: Genevieve Perez is our customer success manager. I just needed somebody to onboard doctors’ offices. So she's the one who started organizing the community events, and I remember standing aside at one of the events and watching people interact with her, and I realized that, okay, that's our core demo, moms. Moms are the chief health officer. Females make 70% of all healthcare decisions in the country.

However, I realized with Gen that people would listen to her, and I thought to myself how do I clone this person. So instead of that, we just made her this avatar, this healthcare superhero, and we went one step further in the least tech move possible. We put a phone number out there, and it forever changed our horizon. That gave us the answer that we were looking for.

You might ask me at some point about competition. Our only competition is fear that if we solved for fear in the healthcare system, we’ll be just fine in terms of the business, so that's where Gen came from. Having human beings to talk to has been the difference. That also lets me know it's scalable.

MP: Can you tell us about the rate of growth, and what you use for measurement?

Kaufeldt: 15 months ago we put our first salesperson on the street. My misjudgment was that taking doctors into this model was going to be difficult. No, we ended up with like a 92% close rate. I mean we didn't even have to get very far in the conversation. Very quickly they were signing on doctors. So in the San Antonio market only, we have 100 providers across specialties. It's an amazing breadth of services from $17 to $20,000, including full surgeries in there. So we turned in Q4 to user acquisition. But, ultimately, the only thing that matters to investors, and it's been straight from their mouth, is we need appointments to determine the LTV of a patient. What's Annual Recurring Revenue on a doctor’s office?

MP: So let's wrap with a question that all the D2Cs have to engage – scale.

Kaufeldt: What we're doing with Laso is the biggest challenge I’ve ever had, and I built companies from scratch and sold them. Healthcare is so terrifying and confusing. One of the other things that we do is, we humanize the providers.

People have a perception that doctors are part of the problem.  They're not. They’re victims of the same system we are. You just don't know it until you talk to them. So we shoot a lot of social media with our providers. We get them to do goofy stuff, but what it's doing is humanizing this thing for people out there who are just terrified to go to the doctor's office.

Is it scalable? If we built enough trust and credibility. I always asked investors, do you remember the first time you heard about Uber, and your initial response was, “I’ll never get in a stranger's car. I’d rather deal with the stinky taxi.” Well, healthcare is the stinky taxi.

MP: Thank you for giving me a title for the column.