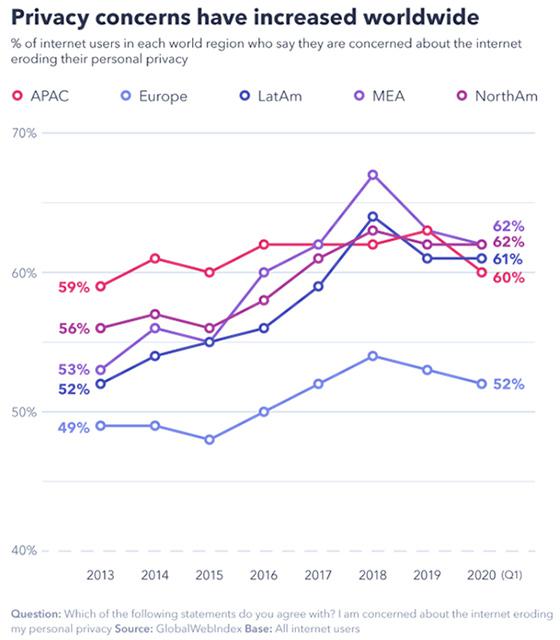 Google continues to reduce the rankings of some information-broker websites that make a business out of displaying personal data as privacy concerns become more widespread.

The Pew Internet and American Life Project in 2007 released data that found 47% of American adult internet users -- up from 22% in 2002 -- did a vanity search in Google or another search engine. At the time, 53% of U.S. internet users admitted to having looked up information about work colleagues of someone they know, such as friends, relatives, colleagues, and neighbors, to see the information attached to their names.

Privacy concerns have grown as information has transitioned from print to the internet. Google has responded to increased public concern over privacy by reducing the ranking of some information-broker websites that make a business out of displaying personal data, according to Chris Silver Smith, president of Argent Media, an SEO company in Dallas.

This includes White Pages losing search visibility, he explains in a lengthy post about the transition from printed directories and phone books to sites offing personal information on the internet.

He writes that Google downgraded numerous information-broker websites that used to rank for individual name searches.

“If you have a highly visible presence on the Internet, you may not have noticed a shift,” Smith wrote in a post on Near Media. “But for those with a lower profile online, searches for their names have begun showing less-personal data.”

Smith steps through the years of change, from creating directories of people that include street addresses, phone numbers and email addresses. Others published arrest records and mugshots, and created mash-ups of publish court records like marriage and divorce certificates, property records, occupation information, religious affiliations, political party affiliations, and donations to political candidates.

Google in 2013 reduced the ranking of mugshot websites. Arrest records and predatory review websites followed. The predatory review sites were meant to elicit negative criticism and defame, making a business out of “encouraging unpleasant attacks on people and organizations,” he wrote. Ripoff Report, Pissed Consumer and Complaints Board were “nefarious enough to warrant” the Google algorithm to downgrade results.

Smith also went through the history of MyLife, and how in 2019 he began to see “a sharp drop-off in the rankings” for the site. MyLife profiles included data like age, political party affiliation, history of home addresses, phone numbers, email addresses, employer, education, net worth, and relatives. The site also offered arrest and criminal court records, lawsuits, liens, or bankruptcies—all for a cost to the nosy willing to pay a fee for background records.

He points to Google Trends that shows searches for “privacy” have been on a generally upward trend since at least 2015.

“Google’s moves signal a long-term downturn in the visibility of websites that publish personal information,” he wrote, explaining how many websites have seen reductions in rankings for personal name searches. “Some of them were likely targeted by the SpamBrain policing for exploitative removal practices. And Google’s recent announcements that individuals may petition for removal of personal data such as addresses and IDs further points to an increasingly unified stance in favor of reducing personal data online.”

Will Smith believes the internet may be entering a time when it is not good to be a data-broker website, from BeenVerified to PeekYouTube to Spokeo--and wonders whether or not these sites will evolve into something else for consumers.