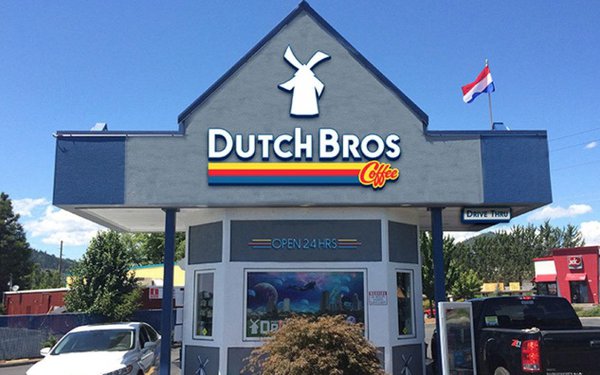 Inflation and a rise in COVID-19 cases are blamed for a drop in foot traffic to coffee-focused chains like Starbucks and Dunkin’ in June—a decline that fast-growing Dutch Bros. managed to avoid.

According to data from Placer.ai, June was the first month this year that visits to coffee shops dropped below those of traditional quick-serve restaurants.

In a report last week, Placer.ai marketing content manager Shira Petrack attributed the June declines to “a combination of inflation, high gas prices and the rise in COVID cases.”

She also noted that the preceding three months were relatively close to those of 2019 and 2021 levels for Dunkin’ and Starbucks.

“This could indicate that the June performance reflects consumers’ temporary adjustment to the current economic situation and the long-term positioning of both brands remains strong,” Petrack wrote.

Much of the growth at Oregon-based Dutch Bros.—which went public last September—appears to be generated by store openings because per-venue foot traffic eased 0.4% in June.

In a May 11 earnings call, Dutch Bros. CEO Joth Ricci said that when gas prices began to spike in March, “We saw an immediate flip on our daily sales.”

Asked about gas price inflation on the West coast, Ricci said “it’s about a 2% hit on same-store sales.”

The blip in Starbucks foot traffic comes at a particularly challenging time for the chain and its interim CEO, Howard Schultz.

In the United States, Starbucks has been pushing back on unionization efforts, shutting down some urban locations and shifting to an emphasis on drive-through stores.

A week ago, the chain confirmed that in June it pulled from the market a new chicken sandwich that had been available for less than a week, citing a “quality issue.”

As reported by New York Post, “Hundreds of customers and even Starbucks baristas took to social media to share their bouts with diarrhea, vomiting and stomach pain” after eating the chicken sandwich.