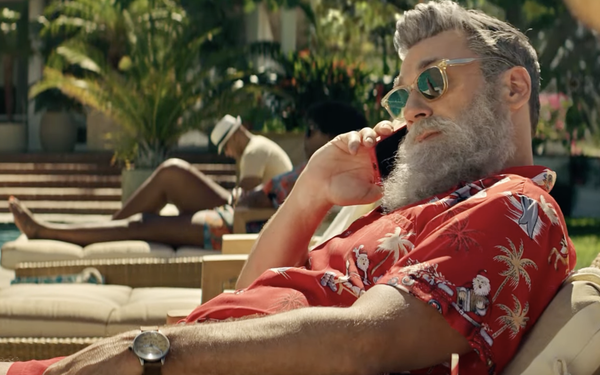 Jon Hamm is everywhere these days. In addition to those Progressive ads where he plays Flo’s former date, Hamm also has starred in ads for Mercedes-Benz, H&R Block and Apple TV.

The onetime “Mad Men” star told Bloomberg that “the old school stigma of doing commercials has rightfully washed away.’’

Hamm is testing that theory once again with a new ad for Fox Soccer in which he plays Santa Claus. Of course, this Santa Claus is crossed with Don Draper. The ad starts with Hamm/Santa sitting by a pool and reluctantly answering a call. “You know, it says ‘Out of workshop’ for a reason,” Hamm barks into the phone.

The elf on the other line then breaks it to him that FIFA moved the World Cup to November this year. After a brief chat, Hamm tells the elf to “get Blitzen on the phone” and then he hustles away from the pool.

The ad is one of three featuring Hamm that will break before the World Cup games, which start in late November in Qatar.

BTW, did you know that the actress who plays Progressive’s Flo, Stephanie Courtney, appeared on “Mad Men"?