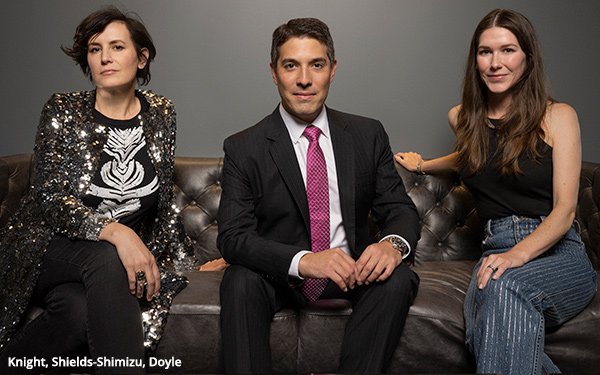 Los Angeles-based agency Observatory has announced that President and Chief Operating Officer Brendan Shields-Shimizu will take over as CEO after 11 years with the agency, with Linda Knight being named president in addition to her role as Chief Creative Officer, continuing to lead the agency’s creative work.

After 16 years leading the agency founder Jae Goodman will shift to a board advisory role to Observatory and parent company Stagwell.

Observatory has worked with clients such as Chipotle, Netflix, and Waffle Iron Entertainment, the content studio Observatory built for Nike.

In the last month the agency wrapped a successful run at Cannes with five Lions and 11 shortlists and helped Waffle Iron Entertainment ink a deal with Apple Original Films, among other projects.

Since Observatory’s launch as an independent agency in late 2017, Shields-Shimizu has held key leadership roles from head of brand to managing director to president and COO.  He got his start with the company 11 years ago, having worked his way up from the CAA mailroom.

Knight joined Observatory as CCO almost three years ago after tours at Phenomenon, where she was CCO, TBWA/Chiat Day, and Wieden+Kennedy, Portland and Amsterdam. Since her arrival, she has expanded and reimagined Observatory’s creative department.

Another key figure in the new leadership team is Head of Brand Caroline Doyle, who joined Observatory in 2019 and has helped lead Observatory’s partnerships with Netflix and Treasury Wine Estates, including the recent unconventional approach to launching 19 Crimes’ Martha’s Chard wine. She also shepherds Observatory’s role as agency of record for Major League Baseball.