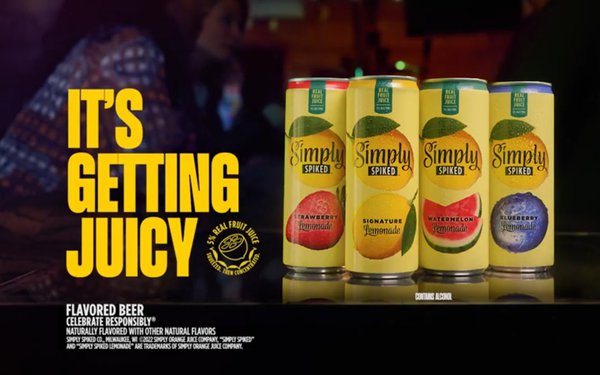 “As juicy as it gets,” declares Blue Moon’s first national lifestyle campaign, with two animated spots -- a :06 and a :15 – making the claim that if Blue Moon got any juicier, the brand would need an “R” rating.

“It’s getting juicy,” declares Simply Spiked’s first campaign ever, which plays off the fact that Coke’s Simply juice brand turns 21 years old this summer, and hence has now gotten an alcoholic upgrade. “Real fruit has left the farm, and it’s seen too much to ever go back,” say its :06 and :15 TV spots.

In keeping with its juicy message, Blue Moon is also running a “Canfessions” sweepstakes seeking consumer’s “juiciest secrets” through August 4. The winner gets “beer for a whole year” (actually a $500 prepaid card).