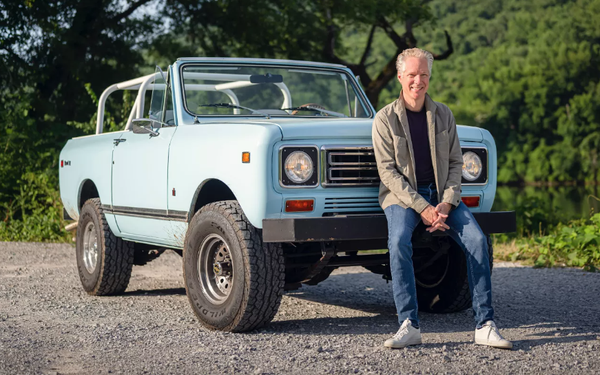 Scott Keogh, who most recently led the Volkswagen Group of America, is shifting to head up Scout, a newly formed electric vehicle company.

Keogh, who has spent 4 1/2 years as president and chief executive officer of VGA, was previously president of Audi of America for 12 years. Previous to that promotion, he spent six years as the luxury brand’s CMO, from 2006 to 2012. He began his career in 1995 as general manager of marketing communications for Mercedes-Benz USA.

While at VGA, Keogh was a champion for EVs and the environment. “Committing to a more sustainable future means our work must go beyond electrification — we have to solve for product end of lifecycle as well,” Keogh recently posted on LinkedIn.

Scout, which will be an independent company, will launch all-electric pick-ups and rugged SUVs in the U.S. market. The Scout utility vehicle was  developed in 1961 by International Harvester and was a precursor to the modern SUV.

VW acquired the rights to the Scout brand name in 2021 when its commercial vehicle subsidiary, Traton, bought truck manufacturer Navistar International, the successor to International Harvester.

Keogh reportedly was an early advocate for Volkswagen AG’s acquisition of the brand.

VW says it will be a “true American” electric rugged SUV and pickup-truck brand in the U.S. Entering the market will help the automaker to deliver on its ambitions to double the market share of Group companies in the U.S., according to the company.

Keogh led VGA’s return to profitability for the first time in years, helping dealers realize substantial profit growth while navigating COVID-19 and supply chain challenges. He’s also been driving the group’s electric mobility push and has been instrumental in bringing the VW ID.4, ID. Buzz and Audi e-tron to market in North America.

Di Si has led the company’s return to profitability in the Latin America market for the first time in years and also led a restructuring focused on cultural transformation, creating new business models, accelerating digitalization, and improving client satisfaction.

Di Si is likely to be involved with naming a new top marketing executive to replace Kimberley Gardiner, who recently left the company where she was senior vice president, marketing, for the CMO position at Tractor Supply Co.

The global Volkswagen Group plans to roll out what it claims to be the broadest electrified portfolio in the North American market. By decade’s end, Volkswagen Group brands aim to offer more than 25 BEV models to American consumers.