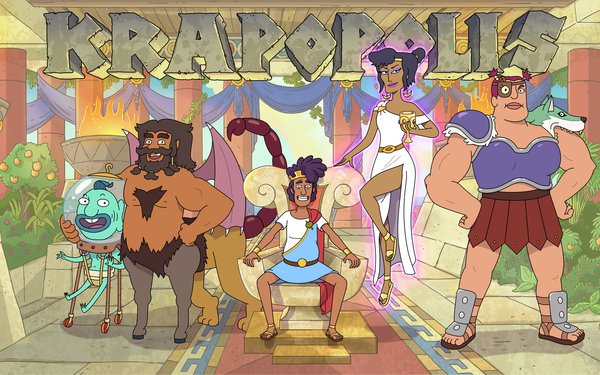 Dan Harmon -- creator of hit series “Rick and Morty” and “Community,” as well as Fox Entertainment’s Web3 media and creative technology company, Blockchain Creative Labs -- is announcing a new NFT project ahead of the debut of his new animated show, Krapopolis.

The Krapopolis website features a collection of 10,420 utility-focused NFTs called “Krap Chickens,” which drop for purchase on August 11, ahead of the show’s debut in 2023.

The show itself -- which tells the story of a dysfunctional family of humans, gods, and monsters in mythical ancient Greece -- will be the first ever animated comedy to be curated on the blockchain.

Fans will be able to purchase and collect “Krap Chicken” NFTs, which unlock exclusive utility and social media opportunities spanning from digital to real-life. Such as token-gated access to exclusive content and private screenings, meet-and-greets with cast and producers, merchandise, show voting rights, and first-look exclusivity to forthcoming NFT drops.

Each minted NFT will be unique, produced and illustrated by the show’s animators, and will possess varying degrees of rarity.

“This first collection of Krapopolis NFTs, and the utility they will provide, represent the early beginnings of how Dan and other creators can harness Web3 to open the door and bring audiences closer to their content than ever before,” says Scott Greenberg, CEO of Blockchain Creative Labs and co-founder and CEO of Bento Box Entertainment.