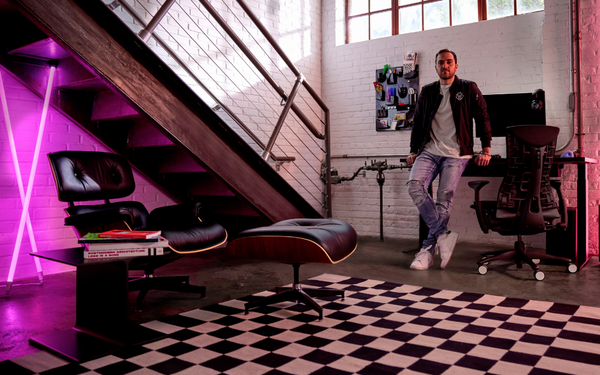 Entertainment brand G2 Esports is entering a multiyear partnership with Herman Miller Gaming, a division of the iconic luxury furniture maker dedicated to research and development for gamers.

As the largest esports team to date that Herman Miller Gaming has ever partnered with, G2’s other commercial partners include Logitech, New Era, Ralph Lauren, adidas, Betway, BMW, Mastercard, Pringles and Red Bull.

Herman Miller will provide its expertise and products, equipping G2 players with new chairs, tables and monitor arms from the brand’s portfolio. G2 has a loyal community of gamers, including 1.3 million Instagram followers and 1.2 Twitter followers.

The teams will work together to discover and share insights to influence future product development, which will include connecting G2 players and the greater G2 community with Herman Miller’s research and development team.

Additionally, Herman Miller will work on a performance model with the G2 team examining how the company might improve the ways G2 recruits and trains players.

PC enthusiasts and gamers use Herman Miller products to improve their performance.

Carlos 'ocelote’ Rodriguez, CEO of G2 Esports, says that Herman Miller is one of his top 10 ideal brands.

"Herman Miller is the absolute crown jewel of sitting comfort,” Rodriguez says in a release.

Herman Miller’s vision with G2 is to continue to discover ways we can meet and support players in every aspect of the game, says  Jon Campbell, general manager of Herman Miller Gaming.

“Working hand in hand with their players, we will deploy Herman Miller’s elite design and engineering teams to innovate, design and discover insights and solutions that could change the way we support the esports athlete, both physically and mentally, forever,” Campbell says in a release.